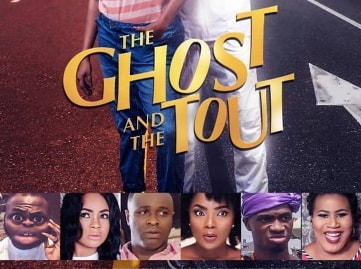 Nollywood actress Toyin Aimakhu is N30million richer after her movie did well in its first week of release.

The Ghost and the Tout, a movie produced by  Aimakhu and Samuel Olatunji which debut in the cinemas on May 11 has made over N30 million in its one week of release, an incredible feat considering stiff competition from Avengers and Deadpool.

The comedy movie which tells the story of Isila (Toyin Abraham), a young woman from the ghetto who encounters a ghost in need of her help to communicate with the people he left behind. Only her can see the ghost. At the ghost’s request, she becomes tangled in solving a murder mystery and her life takes an interesting turn. The story was told in the most hilarious way.

The actress encouraged Nigerians to make the movie their Children’s Day and Democracy Day choice.

“It would be my pleasure to see many people make ‘The Ghost and the Tout’ their Children’s Day and Democracy Day movie choice,” she said.

“The reception has been amazing really and I am grateful for all the love people have shown me in different states. I am nothing without my fans. They are the reason for Toyin Abraham.”