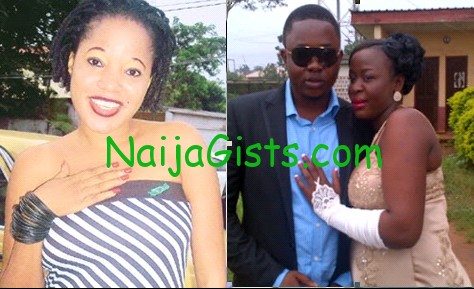 Kunle and Toyin Aimakhu parted in March, 2012 on ground of infidelity.

How Kunle and Toyin Aimakhu Started

According to BON reports, their romance blossomed with marriage in plans.

While Kunle was dating Toyin Aimakhu, he was dating on the side the lady he got married to. Infact our sources tell us that Kunle connived with his new wife to dupe Toyin Aimaku and dated her just to reap her off. We are told that sometime in December 2011, Kunle lost his mom.

Toyin Aimaku visited his family house and saw the new bride there. She however assumed she was probably a cousin or family friend as there was no reason to suspect Kunle of infidelity and moreover she was pregnant with Kunle’s child at that time. She however lost the baby before Kunle ended the relationship.

How Kunle Calls It Quit With Toyin Aimakhu

Around March this year, Kunle decided to call it quits, for no genuine reason. Worse still he went away with Toyin’s car a Honda, sold it, then purchased a new car. Yet Kunle went around telling whoever cared to listen that he ended the relationship because Toyin was unfaithful.

Toyin Aimakhu refused to make any noise about the incident, and decided to leave it all to God and let sleeping dogs lie. She has since moved on with her life.

The truth has now come to light as it is clear that not only did Kunle cheat on her, he is also dupe. We just hope the new couple remembers that no one gains true happiness by making another unhappy.

Below are some pictures from Kunle Soyombo’s wedding. 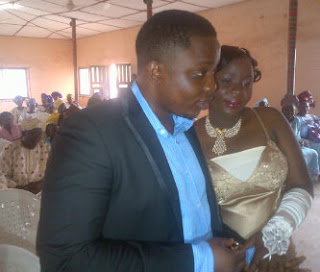 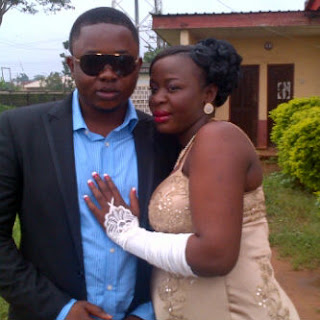 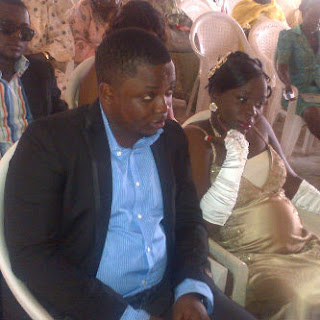 I feel for these actresses, they have difficulty with settled homes.

May God have mercy on them!