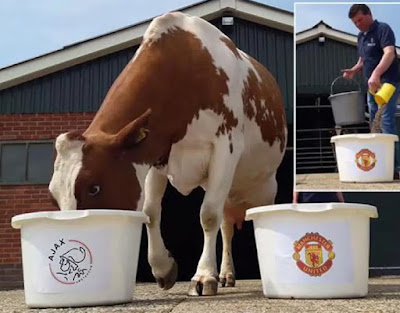 Fans of Manchester United Football club all over the world are now calling for the slaughter of a popular Psychic cow, Sijtje for wrong prediction.

The cow which had 85% prediction accuracy failed this time after predicting victory for Ajax.

However, Manu ended up winning the game with 2-0 victory.

Fans of the FC want the cow slaughtered and used for pepper soup, suya, kilishi.