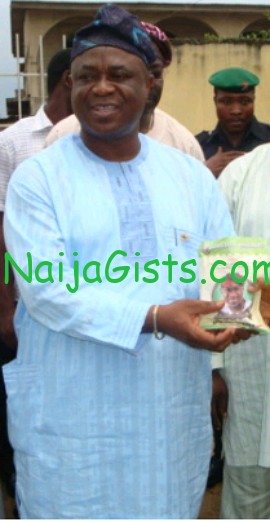 According to the latest Police report, the former special adviser to Governor Fashola, Toyin Hamzat who was assassinated in broad daylight in Sagamu on Monday Nov 19, 2012 died of adultery. naijagists.com

Police said Toyin Hamzat, a married father of many children was gunned down in front of his woman-friend’ house in Sagamu yesterday.

According to the report, Hamzat and the husband of the married woman he’s dating once met at her house where the man gave him a serious warning never to come near his wife again.

We learnt the highly influential Ikeja Local Goverment boss ignored the warnings and returned to his woman-friend house where he met his untimely death.

The man that assassinated him, his woman friend with her husband have been arrested for investigation.

The deceased has been buried in his hometown of Ijebu-Aiyepe.

His death could have been avoided.