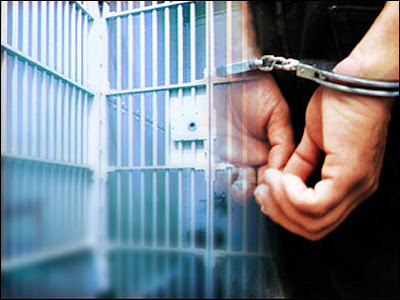 June 17, 2015 – Trader Who Kidnapped Baby In Ajegunle Lagos Confesses “I Was Going To Sell Him In Marina

Ufuoma Adavwetvwe, a trader,  has been brought before an Apapa Magistrate’s Court after allegedly being caught with a 20-month-old baby, Ifeanyi Okwedi.

Okwedi was said to be playing in a compound on Fatai Aremu Street in the Ajegunle area of Lagos when 35-year old Adavwetvwe abducted him.

Our correspondent learnt that Adavwetvwe had beckoned on the toddler, but he reportedly declined and was scurrying to meet his parents, who were said to be inside the house, when the trader accosted him.

The Delta-born suspect, who is also a mechanic, had almost escaped with Okwedi when a resident of the area, who reportedly knew the toddler and his parents, challenged him.

We learnt that Adavwetvwe had identified himself as Okwedi’s father to the resident, who alerted other neighbours to the incident which happened around 12pm on May 17.

Our correspondent gathered that an angry mob, after rescuing the child, descended on the suspect and beat him up. It was learnt that he was about to be lynched when cops from the Ajegunle Police Station intervened.

He reportedly told the police that he had wanted to sell the baby to one Wale in the Marina area of the state.

He said, “I am a trader. I live on Agbeino Street, Olodi-Apapa. The boy did not answer me when I waved to him. I chased and carried him while he was trying to run inside. I was going to sell the baby to Wale in Marina.”

Okwedi’s father, James, said a youth barged into his room to notify him of the incident.

He said, “After feeding my son on the fateful day, I left him outside to play with other children. Her mother was cooking in the kitchen. Suddenly, a man rushed in and told me that he saw my child with a stranger. I did not believe until I got to the street and saw a crowd around the suspect and my child.”

Adavwetvwe was arraigned before the court, as a police prosecutor, ASP Olusoji Ojaokomo, preferred one count of abduction against him.

The charge read, “That you, Ufuoma Adavwetvwe, on May 17, 2015, at about 12pm on Fatai Aremu Street, Ajegunle, in the Apapa Magisterial District, did steal a year and eight months old child, Ifeanyi Okwedi, and thereby committed an offence contrary to and punishable under Section 275 of the Criminal Law of Lagos State of Nigeria, 2011.”

His counsel urged the presiding magistrate, Mr. P. A. Adekomaya, to grant him bail in liberal term.

He was subsequently admitted to bail in the sum of N50,000 with one surety in like sum.

[ Reported By AFEEZ HANAFI, Metro Plus]