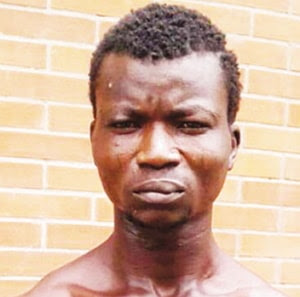 27-year-old Oluwole Kayode was yesterday arrested for attacking motorists on Oshodi Bridge while disguising as a street hawker.

The suspect who pretends to sell pure water and soft drinks allegedly broke the driver’s side glass of a Toyota car with hammer and snatched 2  phones and a bag containing money.

He was arrested immediately and whisked to Police station where all valuables belonging to a victim identified as Mrs Hadizatul Jiddah were recovered. 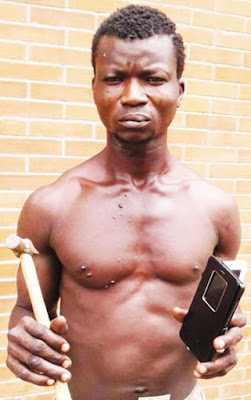 The suspect from Abeokuta confessed that he uses hammer on motorists who refuse to voluntarily release their belongings during traffic on Oshodi bridge.