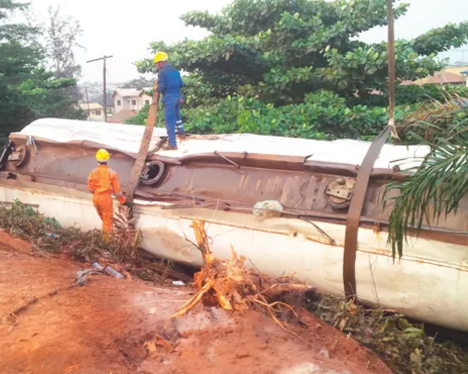 Disaster was averted on Tuesday the 24th of January 2017 when a fuel tanker loaded with PMS fell off a bridge along the popular Lagos Ibadan Expressway.

Shortly after the tanker fell near the Lagos State Secretariat, a truck also fell on the same spot.

Many would have died yesterday because the spot is usually occupied by horticulturists near Magodo area of Lagos state.

The incident which happened around 4:30am was managed almost immediately by NEMA and LASTMA  officials.