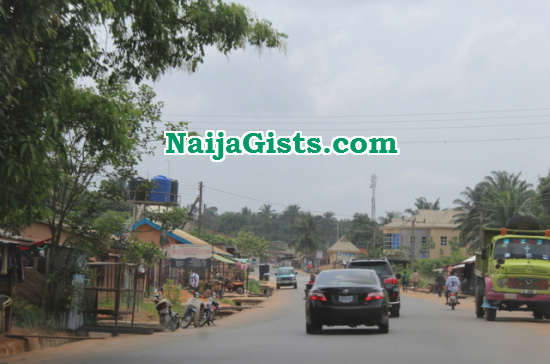 Oct 27, 2015 – Tragedy In Nnewi Anambra As Rival Stabbed Boy To Death While Fighting Over A Girl

Over the weekend, residents of Okpuno Otolo in Nnewi North Local Government Area of Anambra State were thrown into confusion when an eighteen-year-old boy, a student, whose name was given as Chinaza was allegedly stabbed to death in a fight over a girl.

The source said the deceased had met at a joint with the suspect whose name was not disclosed at the time of filing this report where argument ensued regarding the suspect’s alleged meddling into a discussion involving the victim’s relation, a girl.

The suspect was said to have been cautioned by the victim to steer clear of the discussion, according to our source, and the caution led to an argument that led to a fight.

Witness said the two were separated in the fight but later resumed after a while when the suspect grabbed a bottle and stabbed the victim leading to his death at a hospital where he was rushed to.

The suspect was said to have made for an escape before he was arrested by the vigilance group who handed him over to the police.