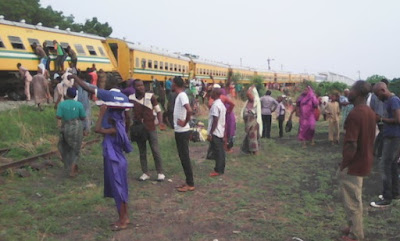 The Nigeria Railway Corporation, NRC said 4 people died in Jebba on Saturday after a train derailed.

According to him, the corpses of the 4 victims were deposited at the mortuary while the injured were discharged after treatment.

He added that the damaged tracks were being repaired in order to restore North-South services.