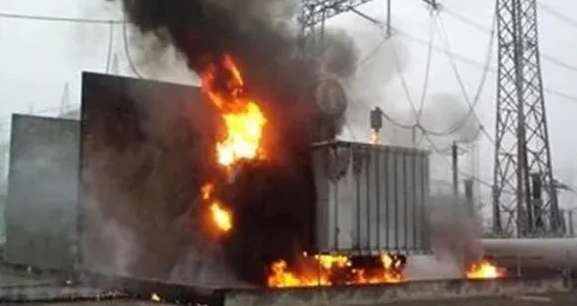 6 people including a student of Olabisi Onabanjo University died of electrocution during the New Year celebration in Mushin Lagos.

They were killed after some youths threw firecrackers at a transformer, triggering a spark that severed a high-tension cable from a pole.

The victims were part of a Muslim congregation participating in a crossover vigil organised by Temidayo Central Mosque on Ogunmokun Street.

The late Wasiu Adio Apesin, who was a 300-Level Statistics student of OOU in Ago-Iwoye, Ogun State, returned from school on Saturday and went to the mosque for the vigil.

We gathered that the victims assembled on Adedoja Street, opposite the mosque, to participate in the vigil. The transformer is on Asaoku Street, which is about 500 metres from the mosque. The sparks shot through the high-tension wire to the pole opposite the mosque and severed the cable.

4 people died on the spot where the cable fell. Two died during the struggle to detach the energised cable from the victims.

We learnt that seven people were injured. They include 16-year-old Lawal Adeyemo, who resides near the mosque, and a 60-year-old man simply identified as Mr. Olalekan, who is said to be in a coma at Gbagada General Hospital.