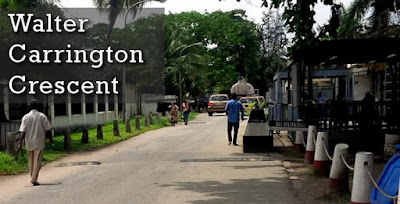 January 19, 2018- Travel Agent Arrested At American Embassy In Victoria Island Lagos While Attempting To Use Forged Documents To Obtain US Visa For Client

The United States Consulate General office officials in Victoria Island, Lagos, have caught a 34-year old man, Alade Julius, a travelling agent with forged documents with the intent to use it to obtain a visa for one Ifeoma Alabaraonye now at large.

A police source said that following the incident, the embassy officials sent a signal to CP Ibrahim Lamorde in charge of the Police Special Fraud Unit in Ikoyi about the development who dispatched a team led ASP Lawal Audu to the embassy to arrest the suspect.

Julius was charged before a Tinubu Magistrate Court on a two-count charge of felony to wit, forgery and uttering documents to obtain a visa.

Police Counsel, Wewe Adegbayii informed the court in charge No B/07/2018 that the accused committed the offence on 10 October, 2017 at the United States Consulate General Office at 2,Walter Carrington Crescent,Victoria Island, Lagos.

Adegbayi told the count that the accused went to the American Embassy in Lagos to summit documents comprising forged Fidelity Bank statement of account, introduction letter dated 5 October, 2017, PAFTRUST Oil and Gas Limited employment letter dated 20 April, 2015, leave memorandum dated 5 October, 2017 and a United Kingdom visit visa with counterfeit entry and exit stamp to the officials to obtain US non-immigrant Visa for Ifeoma Alabaraonye, knowing full well that all the documents were fake.

Adegbayi said that luck ran against the accused when the officials scanned the documents and discovered that it was fake, arrested him and handed him over to the police.

He said that during investigation, the accused allegedly confessed to the crime that he forged all the documents at Oluwole Market, Lagos Island.

Adegbayi said that the offences the accused commiitted were punishable under sections 409 and 363(1) of the Criminal Laws of Lagos State, 2011.

The accused, however, pleaded not guilty to the alleged crime and Chief Magistrate A.A Adefulire granted him bail in the sum of N500,000 with two sureties in like sum.

Adefulire adjourned the case till 7 March, 2018 for mention and ordered that the defendant be kept at the Ikoyi Prison till he perfectED the bail conditions.

Continue Reading
You may also like...
Related Topics:agent, embassy, travel, us, visa

Why Damola Olatunji Is Yet To Marry Baby Mama, Bukola Awoyemi – Insider
Fulani Herdsmen Kill Farmer In Ogun State After Their Cattle Destroyed His Farm Produce