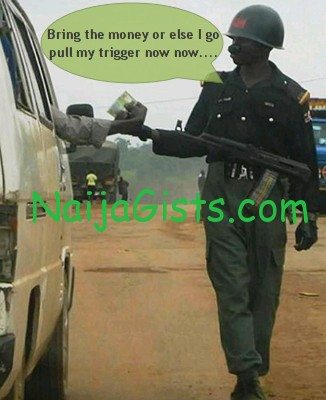 A 13-year-old girl, Jennifer Innocent is currently battling for life at University of Port Harcourt Teaching Hospital (UPTH) after she was hit in the head by stray bullet from an army officer’s rifle. naijagists.com

The sad incident took place on Oct 24, 2012 @ Mile 4 area in Obio/Akpor LGA of Port Harcourt during a dispute between a bus driver and a Nigerian soldier.

Precious Innocent the elder sister of the victims said:

“I bent down during the fight between the soldier and the bus man. I told my sister to bend down, she refused. Suddenly the army gun went off and she was hit on her head.”

Mrs Kate Innocent, the mother of the victim has called for the proper investigation to fish out the trigger-happy army officer who’s about to cut her daughter’s life short.