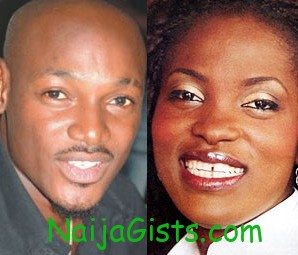 According to reliable sources, Top Naija musician Tuface (2face) Idibia is currently expecting baby #6 with one of his baby mama’s and mother of 2 of his children, US-based Pero Adeniyi. naijagists.com

Pero Adeniyi is due for childbirth of her baby boy in March, 2012

The reason Pero’s third pregnancy for the hit maker was not known until now is because she’s been in the US for a while, so no one in Naija saw the protruding tommy…but y’all know I have peeps everywhere…:-)

A very big congrats to Tuface and Pero Adeniyi.