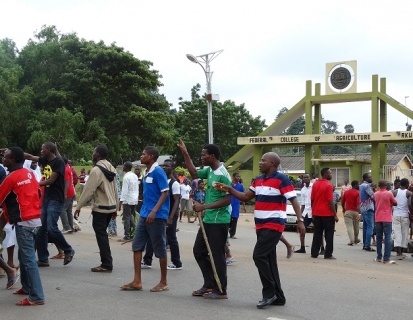 This afternoon some suspected touts broke into the Federal College of Agriculture Akure (FECA) and raped two female students, leading to a protest at the institution which forced motorists and transporters on the busy Ado-Owo expressway to seek alternative routes, and leading the institution to be shut down.

The incident, SaharaReporters learned, happened around 1:15 am when students were said to have been sleeping after a night of studying for their examinations.

SaharaReporters identified one of the victims as a student of Animal Health Science and the other, of Agricultural Engineering, both of them freshmen in the institution. SaharaReporters decided to maintain their privacy by not publishing their names.

Sources in the institution described the traumatic experience as “violent,” stating that the two students were heard screaming during the assault. Eyewitnesses said that that the hoodlums, who numbered about five, were armed with machetes, knives, juju and other dangerous items, as they made their way into the girls hostels.

“The rapists broke into the bush path of the institution leading to the Ado-Owo expressway to gain entrance into the institution and raped the two female students ‘violently’ as they screamed for help,” said one of the students. Some other students were also said to have been injured by the assailants.

The protesting students today blocked the major entrance of the school and adjacent roads for about six hours, criticizing the untimely response of the security agencies and the nonchalant attitude of the school management. It was gathered that the protest also disrupted the institution’s examinations which were supposed to have taken place this morning.

Speaking on the incident, the Students Union Government (SUG) President, Oladipo Akindamini blamed the attack on the female students on the poor security in the institution.

“The Security Officers of the school are bad and nothing to write about. For the past two years now we have been experiencing bad incidents in this school,” he said, also condemning the management which failed to respond promptly called upon. He confirmed that the victims were rushed to the State Specialist Hospital.

Akindamini also expressed disappointment at the state of the institution’s clinic which, he said, is in a worrisome situation. The security officers of the institution refused to talk over the issues and referred to the management.

A visit by SaharaReporters to the clinic of the school revealed the true state of the allegations.

Earlier, one of the hoodlums, who was identified as a student of the school was caught and also alleged to have spearheaded the attack, escaped after being handed over to school security. His name was later given as Modupe Ife Oluwa, a part time student of Agricultural Engineering.

“One of the hoodlums was later rearrested and before we could know what was happening we heard he has escaped from the security detention room and eluded into the bush,” the students said, condemning school security.

Speaking to SaharaReporters, the Provost of the institution, Dr. Mary Omofolarin Ogunkoya, confirmed that one of the rapists was a student of the institution who led and masterminded the crime, but had escaped after being arrested.

“This is a sad incident but we have rushed the victims to the state hospital after discovering they were bleeding profusely,” she said. “We are going to close the school to pave way for peace and investigate the matter”.

She however debunked claims that the institution does not have adequate security, pointing out the challenge of the many bush paths around the institution. The management, she said, was intensifying efforts to construct a perimeter fence for the school.

“It is not my making that the place is not fenced, we have informed the appropriate quarters to construct a fence but all no avail,” she said.

More photos from the protest below; 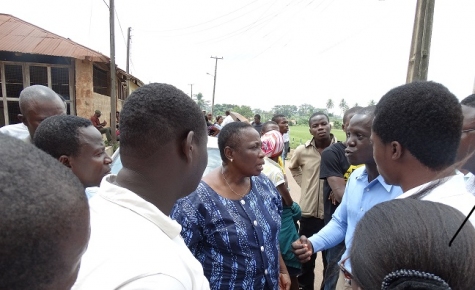 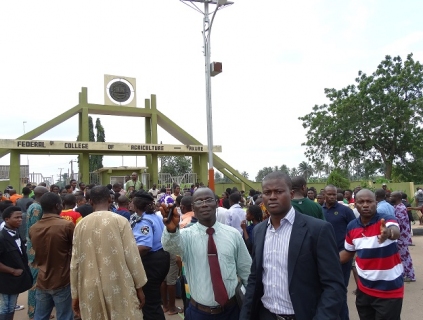 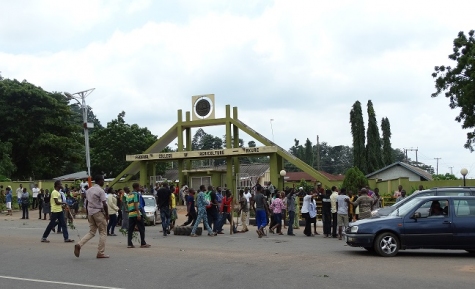 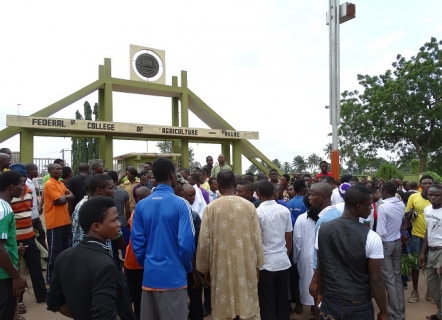 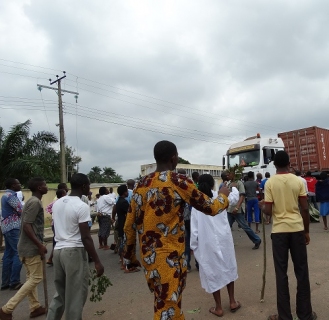 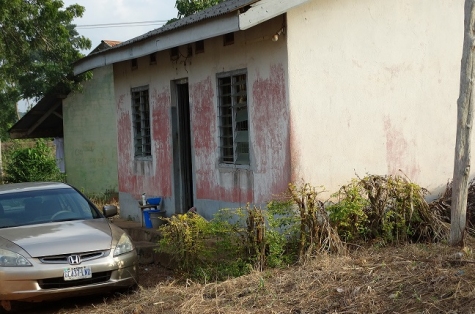