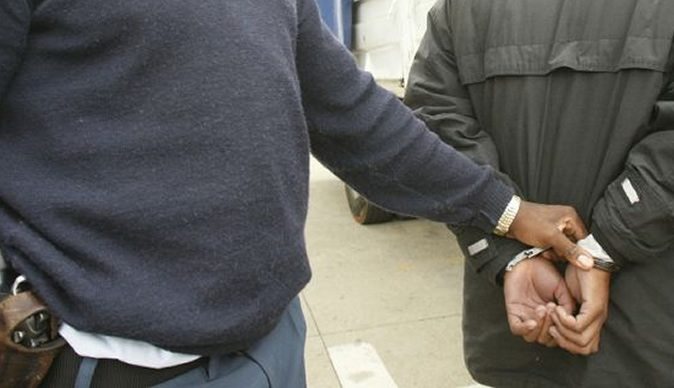 Do you remember the story of a Peeping Thomas who was jailed few months ago for watching couple having sex in their bedroom Read it here.

Another 2 peeping thomases have been arrested doing exact same thing. Read the detail gist below.

Two men, Abdulahi Salami, 20 and 21-year old Idris Hamed have been arraigned before the Ojokoro magistrate’s court in Lagos after they were caught peeping at a couple having sex inside their room. naijagists.com

They were docked for a criminal offence of peeping through their neighbour’s window, Mr. Taiwo Bankole at 29, Arubiewu Street, Ojokoro, Lagos State, Southwest Nigeria.

When the charge was read to them, Abdulahi confessed that they were peeping at the couple while they were making love because they left their light on during the act.

Unknown to them the defendants were busy watching them through their window before they were eventually apprehended by their neighbours.

Bankole reported the mater to the nearest police station claiming that the defendants were looking through his window at night in an attempt to steal his property.

They were arrested and taken to the station where they denied that they were criminals. Rather they admitted peeping at the couple.

Part of the charge reads: “that you Abdulahi Salami and Idris Hamed, at the same date, time and place did attempt to look into somebody’s room through the window to steal.”

The presiding Magistrate, Mrs. A.F. Adeeyo granted them bail in the sum of N50,000 each with one surety each in like sum.

The matter has been adjourned till 20 January, 2012 for hearing. (Credit: pm news)

Continue Reading
You may also like...
Related Topics:arrested, couple, Having, Peeping