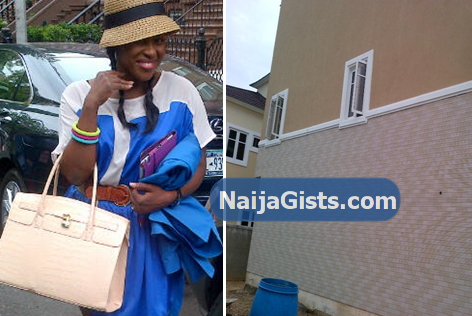 If the word on the street is anything to go by, Nollywood movie producer and actress Uche Jombo is likely to join the growing list of movie stars who own their own home.

This year is a indeed a good year for many of them.

According to Nollywood insiders, Uche Jombo is currently building a new house on Alpha Beach Road opposite Chevron.

Uche Jombo‘s house is situated in a serene part of the Alpha Beach community on the Lekki Peninsula in Lagos. She plans to wrap up the construction project before the last quarter of 2013.

As we speak, Genevieve Nnaji is about to finish the reconstruction of a N220 million building she acquired in Park view estate in Ikoyi Lagos.