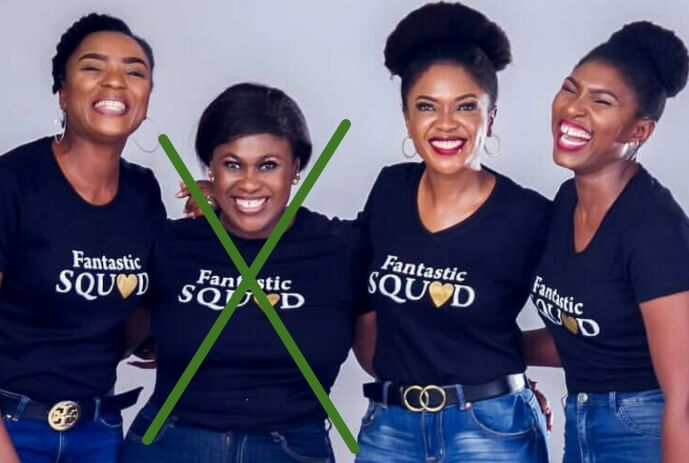 Nollywood quartet popularly known as the fantastic four have not been seen together for a while now and this has given rumour mongers reason to believe that one of the quartet is broken.

This is coming after the movie premiere of Uche Jombo “Heaven On My Mind” which Omoni Oboli missed.

There had been a little fracas as Ini Edo called out Omoni Oboli for being a fake friend.

Although Uche Jombo made no comments on the issue, fans have assumed that she dumped the group as she has not been seen with them in latest group photos.

Omoni Oboli has however responded to the queries trailing each photo. According to her, Uche is presently away in the USA and that is the reason she hasn’t appeared in their photos.