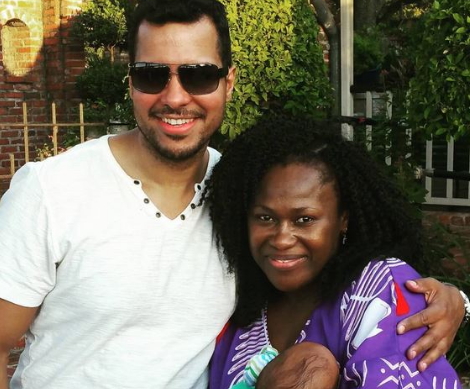 July 12, 2017 – Uche Jombo Husband Apologises To Wife Over Leaked Girlfriend Photos, Says He Has Hired Lawyer To Deal With Bloggers

Kenney Rodriguez, the Puerto Rican American who stole the heart of our dear Uche Jombo few years back has publicly apologised to her for the breakup report which broke after photos of himself and another woman surfaced earlier this month.

Mr Rodriguez who swallowed his pride humbly apologized to his Naija Beauty Queen this evening via his Instagram page.

He said he has hired lawyer to put the situation under control. 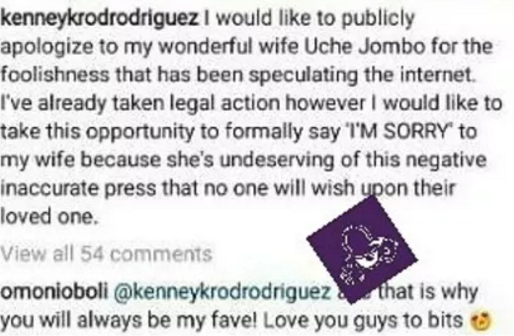 Perhaps Mr Rodriguez would have done a better job by dissociating himself from the photo which went viral earlier this month.

If it was taken before he met Uche Jombo, then that will not be a big deal.

A press statement will do a better damage control than hiring lawyers to threaten bloggers with cease and desist nonsense.

We are happy they are back together now.