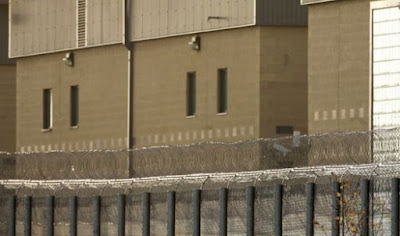 A Nigerian-British politician and activist, Professor Alexia Thomas has raised the alarm over what he described as underreported deaths and mass burial of Nigerian and other African immigrants in the United Kingdom.

In an exclusive interview with Daily Sun, Pro­fessor Alexia who is also the founder and chairper­son of the Commonwealth Liberation Party in the UK, as well as founder and president of Indepen­dent Diplomat Commission, said many Nigerian immigrants are kept in detention centres for more than two years before they are deported.

About 200 Nigerians were recently deported to Nigeria from the UK. The UK government, follow­ing uproar from pressure groups, had cited alleged breach of immigration laws as the reason behind the mass deportation. Other Nigerians have also been deported from other countries including Italy and Liberia, in recent times.

But Professor Thomas alleged that some of the detainees are sometimes exported to other European prisons, where they are kept for months before they are finally deported to their various countries of origin.

”The letter from the Immigration Office in UK, affirmed that 12 people died and that letter was written in 2008. People still die in these deten­tion centres everyday. In 2008, I set up a desk for people, especially Nigerians to know if their people are among those confirmed dead,” she said.

She also spoke on the abusive nature of the Brit­ish Immigration laws. “Some of them have been there for two years. I remember in 2008, I said terrorists are not kept in detention centres for more than 28 days. So, why would they keep people who have not committed any offence for more than two years? The immigration law in the UK is very abusive. Whenever they are not able to deport you, they just leave you there to waste away.

“UK Immigration officers are losing it. They just kill these immigrants and hide under the story that they resisted deportation. When they kill these people, they do not tell their families that they are dead. What they do is to bury them in mass graves. These things are happening because African governments do not care about their citizens,” she said.