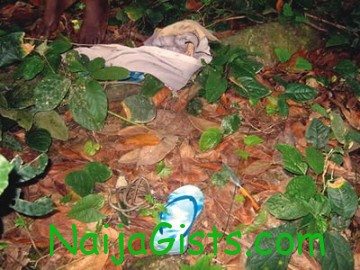 Muili Awolumate, 27 is a National Diploma graduate from Osun State Polytechnic in Iree.

Muili hanged himself at the scene shown above in Ifon area of Osun state.

According to a report we obtained from Punch Newspaper, his corpse was found hanging on a tree with a  belt believed to be his.

A knife and a wire were discovered from the tragedy scene.

Investigation showed that the deceased, who graduated  three years ago, was unemployed at the time of his death.