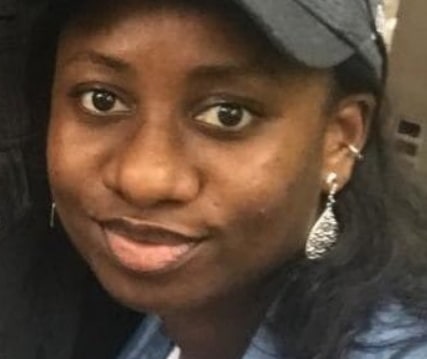 A graduate of the University of Lagos who was declared missing 3 days ago is yet to be found.

Here is what her sister Fadesola told The Nation.

“I spoke with her around 7pm on Thursday. She works at Ikeja and she told me she was on her way home. Then, when it was raining around 7:55pm, I called again. This time it rang but she did not pick. So, I assumed it was the rain.

“But we did not see her after the rain and the next time I tried her number, it said it was unavailable and later said switched off.

“My sister does not have many friends. She never goes out without telling the house where she is going. She never complained about anyone stalking her or any fears.

“We stay with our parents and it has not been an easy period. We tracked her phone and it showed that the location was within the estate. But, we have searched and have not found her.

“We have reported to the police and they are looking for her. We are pleading with Nigerians to join us in prayers and also assist with any information that will lead to out seeing her”.

It was gathered that policemen have combed the area where the tracker showed her phone’s location including a nearby hotel but she was not there.

Her disappearance happened on the heels of that of 17-year-old Victoria Murray, a student at the Holy Child College, Ikoyi, who was eventually found on Saturday.