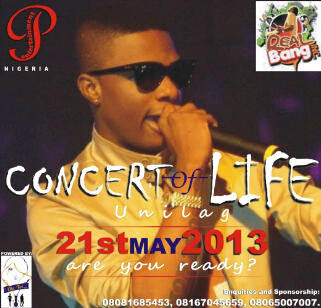 Yesterday singer Wizkid was briefly arrested and detained by Lagos police officials over a fraud case reported by UNILAG students.

As it was earlier reported, the innocent students paid a fraudster who posed as Wizkid’s manager .5 million naira  for concert of life scheduled for May 21st, 2013.

On the day of the concert, they expect Wizkid to show up but it turned out as no show.

To cut the long story short, the management team of Wizzy has spoken.

They said the email, phone, and contact used by the fraudster is not theirs.