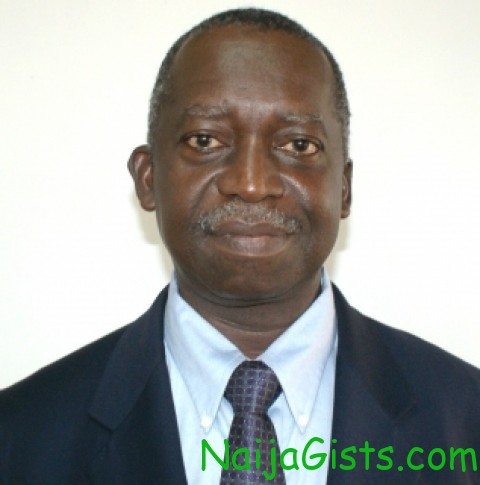 Naijagists.com learnt that the VC slumped (cardiac arrest) during a meeting at the Senate Chambers of the institution on Friday.

He was immediately rushed to LUTH (Lagos University Teaching Hospital) where he was later pronounced dead after all effort to revive him failed.

Sofoluwe graduated in Special Mathematics in June 1973 from the University of Lagos.

He earned his Master’s Degree in 1975 and Doctorate in 1981 from Edinburgh University, Scotland.

He became a Graduate Assistant at the University of Lagos in 1976 where he rose to become a full Professor in October 1996.

Professor Sofoluwe was a two-time Acting Head of the Department of Computer Science from 1989 to 1991 and 1994 to 1996. He was also Dean of the Faculty of Science between 1998 and 2002 and Professor Sofoluwe was elected as a member of the Governing Council of the University of Lagos in 2000.