Posted on September 16, 2015 by Naija Gists Leave a comment 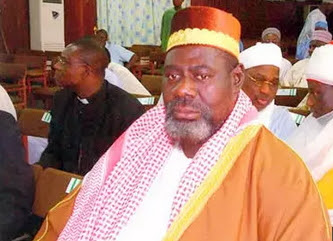 The Chief Imam of the University of Nigeria, Nsukka (UNN) Central Mosque, Sheik Adam Idoko, has been kidnapped by gunmen.

Idoko, who is also the deputy secretary-general of the Nigerian Supreme Council for Islamic Affairs (NSCIA) was kidnapped five days ago.

He was reportedly whisked away from his hometown, Ogrute Enugu-Ezike in Igbo-Eze North Council Area of Enugu State, where he was attending a meeting.

Already, the kidnappers, according to a source close to the mosque, have placed a N20million ransom tag on the chief Imam.

The source, who would not want his name in print, however, stated that such amount couldn’t be raised because the mosque does not have it.

He said: “We don’t have that kind of money. They should remember that Sheik Idoko is not a politician or a business tycoon. He is working for God.”

“Till now, I am still surprised why the Imam, who devoted himself to the work of God should be a target for kidnap. If the UNN central mosque has that kind of money, we would have finished the mosque we started building for the past four years.”

Musa Mohammed, a Muslim faithful, described the N20million ransom demanded by the kidnappers as unfortunate and outrageous.

He appealed to the kidnappers to release him unconditionally because he works for God.
Also, Usman Bello, another faithful, urged the kidnappers to respect Allah and set the cleric free, adding: “It is a serious abomination to manhandle those who are doing the work of Allah.

We have been praying to Allah to touch their minds so that they will release him unconditionally. We do not know anywhere to get N20m for ransom.”

When contacted, the spokesman of the Enugu State Police command, DSP Ebere Amaraizu, said the command was working hard to secure the chief Imam’s release and arrest those behind the act.