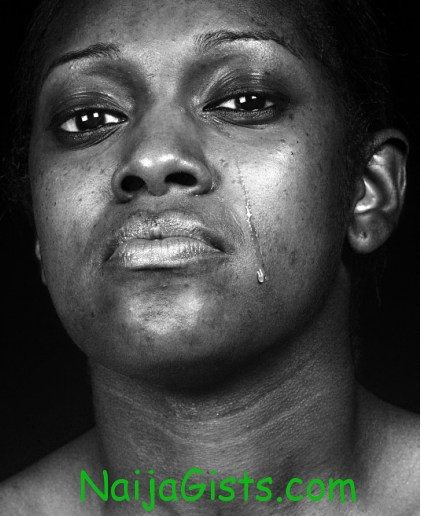 According to a recent report, Uche was one of the happening babes in town, although she likes doing her things in her own little way.

In fact, a lot of her course mates doesn’t know her because she was quiet and she doesn’t talk to anyone in her class.

She hails from Imo State.

Naijagists.com gathered that Uche came from a non-wealthy family, but she struggled to make ends needs and to also send her younger ones to school, through the money she got from her many men friends.

Uche stayed with her friend in a duplex around Wuse 2, and she drove a Honda car, before she met a guy who changed her life completely, but who eventually used her for rituals.

Uche’s Shocking Confession Before Her Death

One of Uche’s friends revealed to us how she confessed to her before she breathed her last about 2 months ago.

Uche,we learnt met the America based guy in one restaurant in Abuja.

Roland spoilt her silly with money and gift; he even bought for her, an exotic car and promised to marry her. She was very happy that she has finally met the man of her dream, especially considering the fact that the guy also hails from the same place with her.

Few weeks after Uche met Roland, she started spending almost every day with him.

Roland spent 6 weeks in Nigeria before going back to the United States; he even gave Uche an engagement ring that she flaunts before her friends.

Uche kept most of the things she shared with Roland to herself until she fell ill and went to about 3 hospitals, where she was told there was nothing wrong with her.

One of her friends who stayed with her, later took her to a white garment church in Kubwa,a suburb of Abuja.

The Prophet, we gathered saw vision about her predicament and advised Uche to confess what has happened to her or else she will die, initially she didn’t want to talk but after much persuasion from her friends, she did.

She said, Roland likes adventure, so he suggested they should do some nasty things. She said Roland had a dog he cherishes, and he suggested she sleeps with the dog while he watches her, she said she doesn’t want to do it, but later she had sex with the dog, her friend further revealed that,Uche was angry after the sex with dog show, but Roland begged her and gave her a car key(Infinity Jeep),assuring her nothing will happen to her.

Roland left the country the following day, and promised to start processing her papers to come to the United States once he gets back to U.S.

Uche’s friend and the prophet called the guy but the number didn’t exist. They also asked her for the address of Roland’s house in Abuja but they didn’t get the address she described.

The Prophet advised she should be taking back home while she beg God to save her, because she has been used for rituals.

OMG I’m sort of words. What a sad ending of her life.

The love of money is the root of all evil.