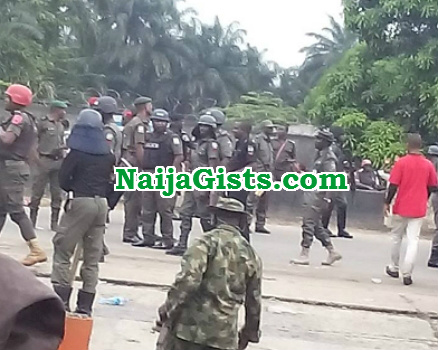 More details have emerged on the bloody military clash that started around 6pm today on Mummy B road in Port Harcourt between a mobile policeman and a navy officer.

In the process shots were fired. A military man was seen fleeing the area in blood stains.

It took the intervention of some army officers to restore peace to the area.

The military clash that lasted for 60 minutes injured six officers in uniform.