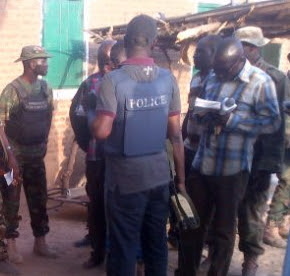 A very popular man identified as Onana Osua has been gunned down by the police hours after he allegedly opened fire on 6 persons.

The late Osua who was reportedly admitted to the hospital for food poisoning left his hospital and went home to take his gun.

He later went on a killing spree that  left 6 people dead.

After killing the wife of one of his targets, he reportedly fled to Ubiaja area of Esan where he opened fire on a patrol team before he was gunned down.

The deceased was the chairman of a motor park in Uromi.