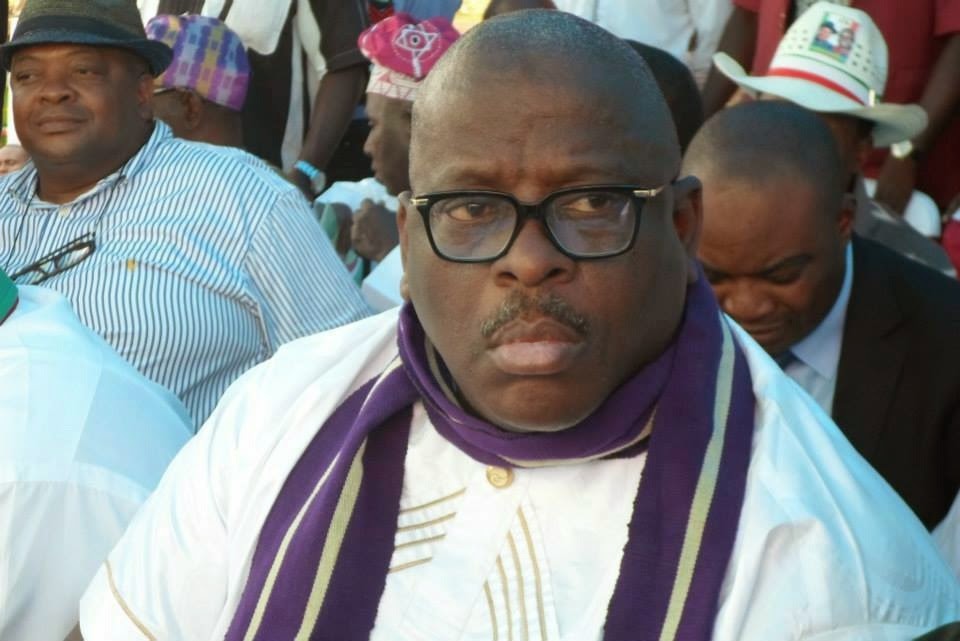 The government of the United States of America has begun fresh moves to extradite Senator-elect, Buruji Kashamu to face drug trafficking charges, which he has been evading for several years now.

This was revealed by his lawyer, Mr. Ajibola Oluyede, in a petition to the National Human Rights Commission, NHRC.

In the petition, Oluyede also accused former president, Olusegun Obasanjo, of being behind the plot to extradite Kashamu.

According to Oluyede, “Kashamu’s enquiry revealed that indeed there had been moves by US officials within the region to secure the assistance of the head of the INTERPOL division in Nigeria, Mr. Solomon Arase, a Deputy Inspector General of Police, for the arrest and delivery to the US officials of Kashamu for transportation to the US without following the due process required by the Nigeria Extradition Act.

“Mr. Kashamu’s informant revealed that Arase has confirmed that Donna Chabot approached him in January 2015. The said Ms Chabot is an attaché with the Department of Homeland Security, Immigration and Customs Enforcement at the American Embassy route Des Almedies BP, 49, Dakar, Senegal and requested that INTERPOL Nigeria assist in the abduction of Kashamu for the purpose of his forcible transportation to the U.S. to face trial before Judge Norgel.”

According to Saharareporters, the name of the self-acclaimed philanthropist and a stalwart of the Peoples Democratic Party, PDP, came up in a Court ruling dated September 25, 2009 by Judge Charles R. Norgle of the United States District Court in Chicago, Illinois in which the Judge upheld Kashamu’s indictment by the U.S government on drug trafficking charges and conspiracy to smuggle heroin into the country. Kashamu was described by the U.S government as the kingpin of the drug cartel.

In his response, Kashamu published several rebuttals in the newspapers and alleged that he was not the one being sought after by the United States Government, but that the alleged crime was committed by one of his brothers who is now dead. Kashamu, in his defence, also claims that he had been cleared by a British Court and produced what purports to be the decision of a Magistrates’ Court in England. Kashamu also referred to his issuance of German visa sequel to his clearance by international security agencies as a further proof that he is not a fugitive and that the U.S. may have been looking for a wrong person.

However, the matter is far from over as the United States government insists that the man the U.S government is looking for is no other person than Buruji Kashamu, not his brother and that the government of the U.S. still regards Buruji Kashamu as a drug kingpin and a fugitive from the United States law. The U.S. further states that it has never withdrawn its warrant of arrest against Kashamu, maintaining further that the charges against Kashamu remain pending and will request for his extradition from Nigeria in due course.

The United States Government has also accused Buruji Kashamu of using fraudulent means to obtain a German Visa in 2009. The U.S government notes in its brief that Kashamu communicated with German officials using the name “Buruji Kashamu Shodipe” instead of Buruji Kashamu. According to the U.S. government, Kashamu was indicted in the United States under the name “Buruji Kashamu” and the warrant of arrest against him was issued in that same name. It is the position of the U.S. that any confusion by German officials that led to the issuance of a Schengen visa to Kashamu may have been caused by Kashamu’s use of the surname “Shodipe” in his application and communications with the German consulate.

Saharareporters investigation has revealed that there is indeed, a pending criminal action against Mr. Buruji before the United States District Court, Northern District of Illinois involving fifteen people. The Case 1:94-cr-00172 is before Hon. Judge Charles R. Norgle. While Kashamu’s other coconspirators had been jailed, Kashamu’s case is being held under the fugitive Calendar.

In February, 2009, Kashamu hired a team of lawyers to appear for him in the case for the purpose of filing a Motion requesting the Court to quash the arrest warrant which his lawyers led by Pravin B. Rao did.

In the Motion to quash the arrest warrant, Mr. Pravin Rao made copious reference to the United Kingdom’s extradition proceedings in which Kashamu was freed after spending five years in British jail. His lawyers also pleaded res judicata and argued that the U.K. decisions are final and should therefore, be binding on the U.S.

However, Kahamu’s lawyers filed another Motion praying the Court to reconsider its decision of September 25, 2009.

Trouble started for Kashamu when in March 1994, defendant Kary Hayes, a passenger arriving at O’Hare International Airport (“O’Hare”) on a flight from Zurich, Switzerland, was arrested after he tried to smuggle into the United States a suitcase containing approximately 14.16 pounds of heroin. Hayes was one of a long line of couriers in a heroin smuggling operation allegedly led by Kashamu. The government charged Hayes and other couriers after this initial arrest. Many of these couriers cooperated and provided information about their contacts with Kashamu.

One of the couriers, defendant Ellen Wolters, had a romantic relationship with Kashamu. The smuggling trips and trips to visit Kashamu in Benin were documented by, among other things, money transfer orders from Western Union and American Express, flight records, credit card charges, hotel records, and telephone call detail records. The telephone records, for example, reflected calls from the couriers to Kashamu’s residence in Benin.

Kashamu was ordered detained following his December 1998 arrest and he was incarcerated in London’s Brixton Prison during the pendency of extradition proceedings based on the government’s warrant in the instant case.