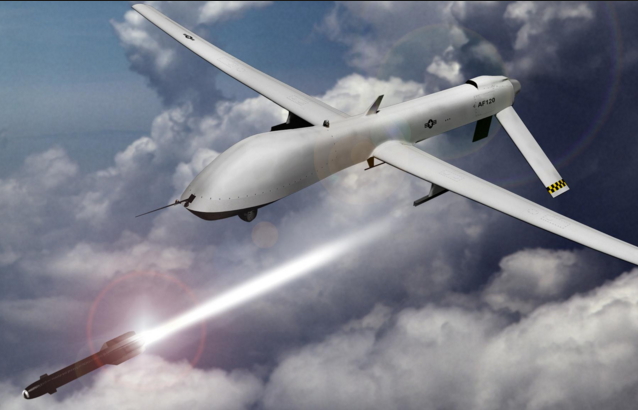 A drone strike in a volatile southern province of Afghanistan bordering Pakistan has killed 12 Taliban, an official said Sunday.

The dead included three Afghans and nine foreigners, said Ahmad Zai Abdulzai, the spokesman for the governor of Nangarhar province. He declined to elaborate, but when Afghan officials refer to foreigners they usually mean Pakistanis.

The strike late Saturday took place in Khogyani district, where insurgents have been active for months. Abdulzai said the Taliban’s shadow governor for the district was among the dead.

Fighters loyal to the Islamic State group, who have fought with Taliban and government forces this year, are also present in the province, reports The Associated Press.

Abdulzai said 150 IS fighters were killed or wounded during a two-week military operation to clear them from the Achin district. He said checkpoints had been established to ensure they do not return.

In Helmand province, in the far south, a suicide bomber rammed a car packed with explosives into a convoy of foreign troops, killing one civilian, said Omar Zwak, the spokesman for the provincial governor. The attack, which wounded 12 other civilians, took place close to the provincial prison, he said.

It was not clear what country the troops were from. NATO’s public affairs office in Kabul had no further information.