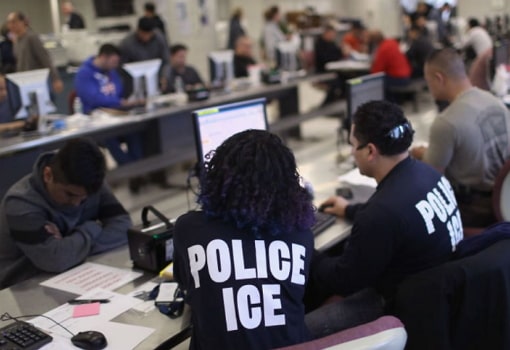 ICE agents are reportedly force-feeding and hydrating six detainees in Texas, after 11 migrants in federal custody went on a hunger strike.

CNN reports that Ruby Kaur, a lawyer who is representing two immigrant detainees says that the strike has been going on for a month.

“It’s just the discrimination. They observe it, they see it. That’s what sparked that,” she said. Her two clients are seeking asylum due to political persecution in Punjab.

She claims the detainees are being forcibly fed through nasal tubes and have been threatened to be deported if they do not comply.

“They’re already physically going through a lot, psychologically the fear of if they go back what’s going to happen,” Kaur added.

ICE claims that its health services have to monitor the detainees and make sure they are healthy.

“Efforts are being taken to protect the detainees’ health and privacy,” they added.