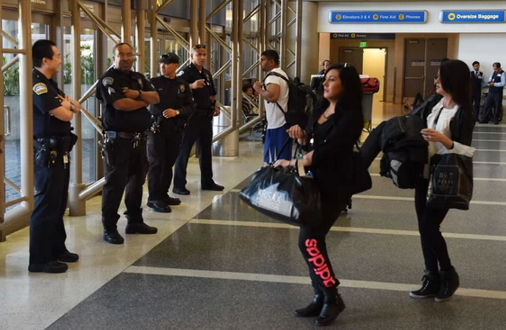 The State Department’s warning, which replaces one issued in July, urges US citizens to remain alert in just about any public place, transport link or gathering in most countries around the world, particularly in the Middle East, North Africa, Europe and Asia.

“Recent terrorist attacks, whether by those affiliated with terrorist entities, copycats or individual perpetrators, serve as a reminder that US citizens need to maintain a high level of vigilance,” it says.

“In the past year, major extremist attacks occurred in countries including Tunisia, France, Nigeria, Belgium, Turkey, Egypt and Mali,” it says.

The updated warning was issued on the same day that lawmakers on the House Homeland Security Committee independently issued a report on the Islamic State group’s threat.

The report, dubbed “Terror gone viral,” studies 75 alleged plots to attack Western targets and warns that, despite military pressure on the IS heartland in northern Iraq and eastern Syria, it is getting deadlier.

“The group’s focus on ‘do it yourself’ jihad has allowed them to franchise their attacks worldwide, achieving a tempo of violence that has surpassed even Al-Qaeda’s most violent years,” Committee Chairman Michael McCaul said.

“However, this report reminds us that we cannot win by simply bombing terrorist safe havens.”

The report says the United States has become Islamic State’s main target and calls for a global strategy to counter it on the ground, online and among communities susceptible to its propaganda.