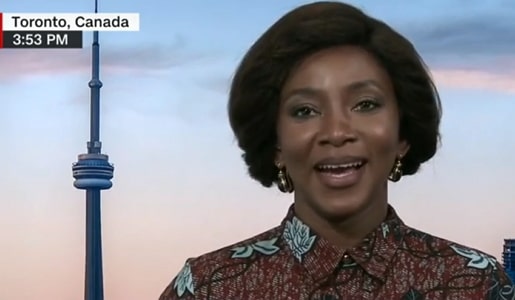 Nollywood actress Nnaji who is currently cooling off in far away Toronto was privileged to guest Tuesday Night Live with Richard Quest yesterday.

The actress talked at length about her new movie which was acquired by Netflix and how she managed to gather fund for the project.

She also discussed chances of Nollywood having a global acceptance.

On why Nollywood is yet to go global, the actress said adequate funding is the only barrier filmmakers are facing.

Genevieve Nnaji said Netflix bought the movie at the eve of the premiere.

Watch the interesting interview below

The actress has made history as the first female Nollywood filmmaker to get this global recognition.