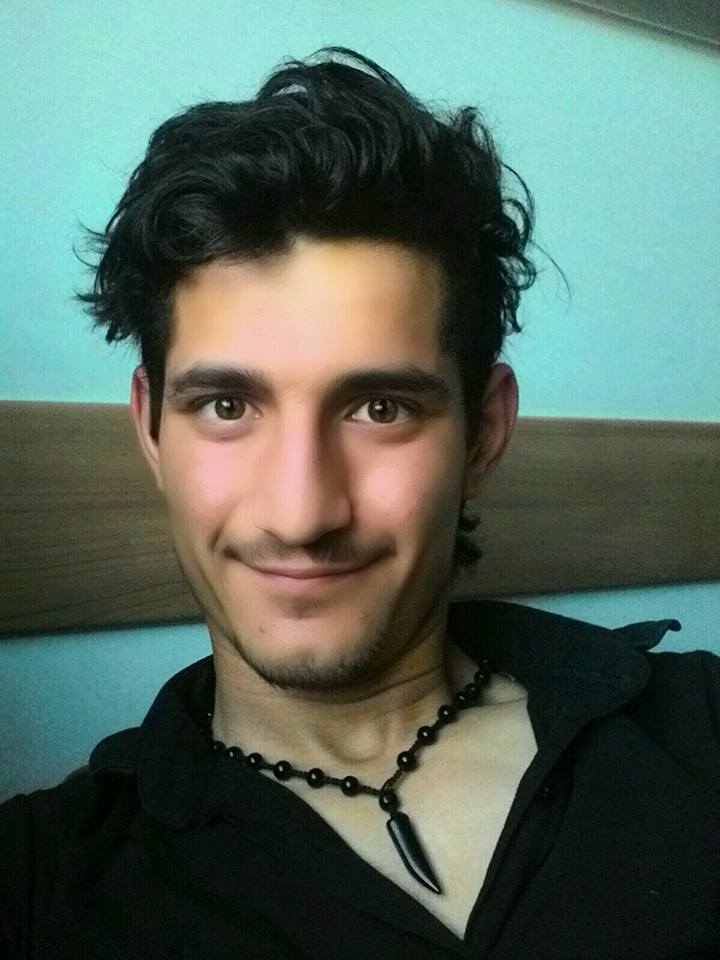 Oct 11, 2016 – Video Of Heartbroken Turkish Man Who Committed Suicide Live On Facebook After Girlfriend Cheated & Broke Up With Him Goes Viral

Pictured above is a 22-year-old Turkish citizen who reportedly killed himself  live on Facebook around 3pm yesterday.

The Turkish guy by the name of Erdogan Ceren opened fire on himself at his family home in Osmaniye Province Eastern Turkey because he couldn’t cope after his girlfriend of just 6 months slept with another man and dumped him.

Speaking in Turkish language, the man faced the camera saying

“no one believed it when I told them I will end my own like now watch this”.

His first attempt failed, readjusting the camera, he told viewers again to “watch this” before the trigger went off.

In the viral suicide video, Erdogan Ceren groaned in pain for few seconds before everything went still.

See what his brother wrote shortly after he committed suicide. 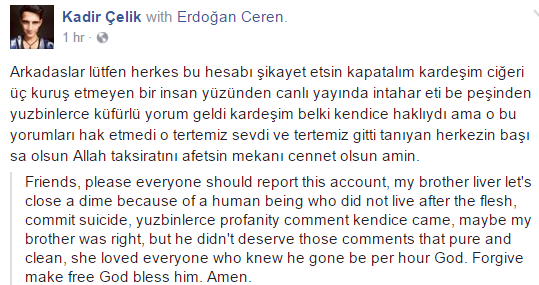 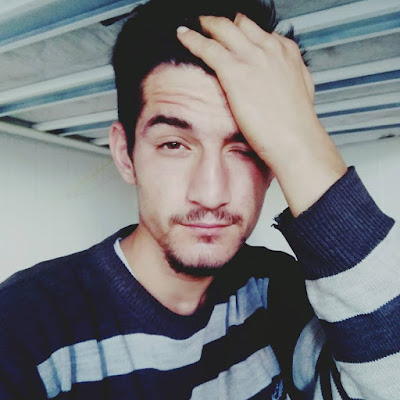 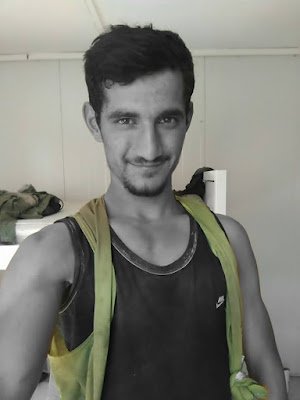 He has been laid to rest.

He took his own life without making any attempt to use his heartbreak to encourage others going through what he went through. What a life! 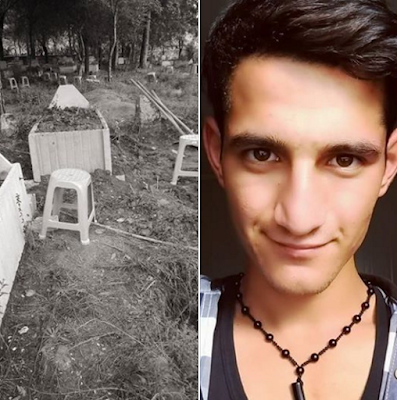 Suicide is not the end of life’s problem. It is a selfish and coward act not approved by God.