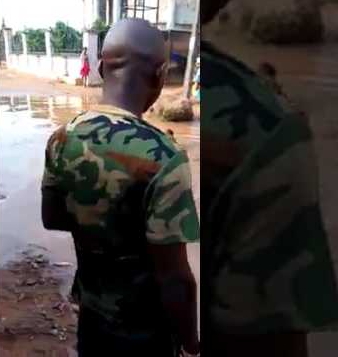 April 26, 2017 – Pictures Of Nigerian Soldier Who Tells Man To Swim In Dirty Water

A demoralizing video of a man wearing army camouflage ordering a civilian to swim in muddy water has emerged online.

The unidentified civilian was seen rolling helplessly in dirty water for less than 2 minutes at the instruction of the soldier standing beside a lady who was seen pleading on behalf of the civilian being punished.

Though it is still unclear when the video was taped, there should be no reason why such punishment should be meted out on any man in this democratic era. 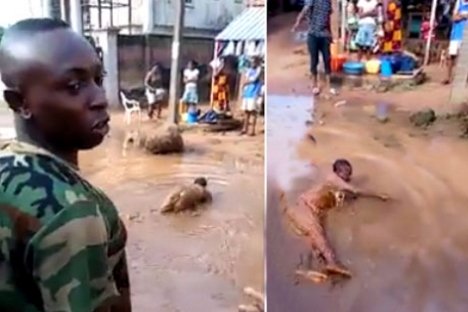 Watch the video below and pass it to friends so as to help the military catch this power-hungry man in uniform.