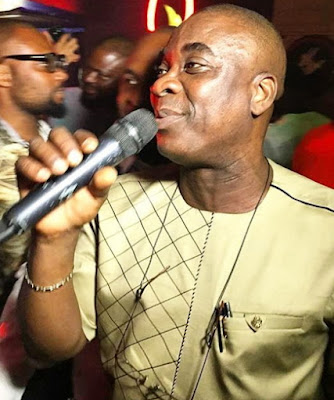 The guy in question reportedly allowed some dollars to fall off the box when he received an unexpected slap from his Oga.

From the look on his face, the poor band boy wasn’t happy but he has no option at that moment.