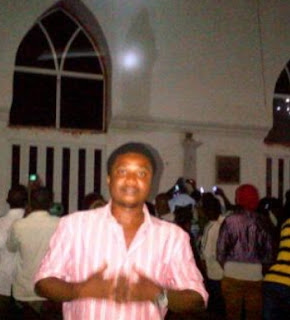 Catholic church members who worshipped at St Benedict Catholic Church in Ubiaja city in Edo State said they have spotted another apparition of Virgin Mary on the wall.

According those who witnessed it yesterday, an apparent image of Holy Mother Mary was seen during morning mass at the aforementioned church.

The members who snapped the pictures said it’s real. 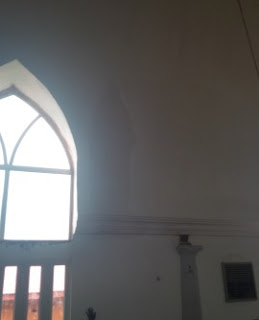 Just this past year around January, the apparition of virgin mother Mary was sighted on a church wall in the Philippines (See the pictures here).

This attracted thousands of catholic faithfuls to the holy scene as they look in awe.

Did anyone witness this in Edo state yesterday? How true is it?