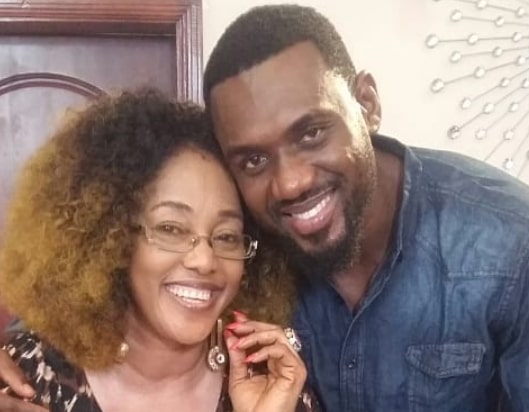 Nigerian Vivan Anani is currently working with some international actors. The actress who is more popular in soaps shared the news on her Facebook account stating: “Bollywood/Nollywood/Zeeworld Tinz. God i give you all the glory. shooting here with host of actors from other African contries. Abasi So’song o!”

Speaking with The Nation, she said:

“It is a beautiful experience for me as an actress and I am loving every bit of it. It is my first experience with people from different African countries on one set.”

She also recently got a certificate from United Nations Empretec for her participation, courtesy of her excellency Mrs Onari Duke.

The actress, who in recent time has been very busy with different projects, has been getting congratulatory messages from fans and colleagues.

Having featured in many soaps, Anani who left her home town for Lagos has earned herself the appellate “Queen of Soap Operas.

In an interview, she said: “It was not so easy when I started acting. People in Lagos were the hot cakes then and we were from Calabar (Cross Rivers State). So, the first few movies I did then, I had to come to Lagos from Calabar. If producers wanted to invite people for jobs, they would think of the people in Lagos first. But by God’s grace, I was able to overcome that challenge.”

Continue Reading
You may also like...
Related Topics:bollywood, vivian anani

Omotola Jalade Ekeinde: I Was Born Into Muslim Family In Kaduna
Nollywood Actor Bobby Michaels: Why I Quit Acting In Nigeria For A While