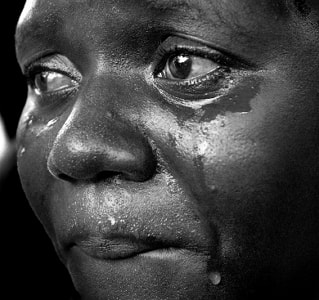 “We are a democracy, and we get the leaders we deserve because we elect them”- Blase J. Cupich

One of France greatest minds and philosophers, Joseph de Maistre(1753 – 1821) once said, “Every nation gets the government it deserves”. In a democratic system, it is pointless complaining about the government as it is elected by the people. When people lose hope in the leaders, they still have hope in their own tool of change-their votes! I have come to observe that the problems facing Nigeria are resistant to old ways of thinking. The Nigerian problem cannot be solved by the same level of people, perspectives and thought pattern that created it in the first place. We need renewed thinkers in strategic places if we are going to take this nation out from the present economic quagmire. We need vibrant youths with dynamic approaches to national problems that have defied conventional approaches. We need youths that will be so much preoccupied with finding remedies that they forget about finding faults.

I received an invitation to be the guest speaker by International Network For Better Community, an organization that evolved among the University Of Ibadan students as a result of their growing dissatisfaction at the poor level of youth participation in the Nigerian polity. I was at the Pope John Paul Hall in University of Ibadan on June 16, 2018 to engage the students on a topic that carries the caption for today’s piece: VOTE OR CRY; WHO DESERVES TO LEAD THIS DIGITAL GENERATION? The organizers of the programme came across one of my piece titled, “AN ANALOG BRAIN CANNOT LEAD A DIGITAL YOUTH GENERATION”, published in one of the National Newspapers.

Being a digital leader is not all about being I.T savvy; it is not just about having access to technology, it is not all about being born in this digital generation, it is not even about having access to digital gadgets. Being a digital leader is a behavior, an attitude, a mindset and a culture. So it is possible to have access to all the digital gadgets and still be an analogue person. It is possible to be born in this digital age and still have an analogue mindset.

We are in dire need of leaders that are renewed thinkers. It has been ascertained scientifically and psychologically that the same set of people that created a problem are always unlikely to solve it. Albert Einstein said, “Problems cannot be solved by the same level of thinking that created them.” I will be listing out the profile and the thought patterns of a digital leader. We need leaders in Nigeria with digital thinking, insights and models to evolve a new Nigeria.

A digital leader is profiled as follows:

DIGITAL LEADERS ARE GUIDED BY DATA, WHILE ANALOGUE LEADERS LEAD BY ASSUMPTIONS: Nigeria is being ruled on so many assumptions (very costly assumptions!) and that is why it has become a failed state. Accenture believes that the greatest way of being digitally aware is to focus on data. The best economy is the one that is data-driven. Data gathering and analysis can be used to predict the future. It can be used to predict human behavior and project into the future. We can actually use data to fight corruption! For example, thinking that we don’t need restructuring is a costly assumption and that is why most developed nation depends on referendum to lead their nation. A referendum is a way in which the government consult the masses before taking very critical national decisions. It is a democratic and civilize way of carrying the masses along in making critical national decisions. It is very sympathetic to know that the masses are rarely consulted on issues of significant national importance. Data is very useful because it is impersonal and provides empirical information which is not only veritable but also repeatable.

DIGITAL LEADERS HAVE INSIGHT, WHILE ANALOGUE LEADERS ARE SHORT-SIGHTED: Hellen Keller once said, ‘’The greatest tragedy of life is to have sight but lack insight.’’ The tabloid is filled with some very funny 21st century news that can only be heard in Nigeria! News like: Rep sponsors circumcision of 130 children as ‘constituency project’. Imagine a lawmaker representing Katsina Federal Constituency, Sani Danlami, paying the medical bill for circumcision of 130 children in his constituency as a ‘constituency project’! Another funny headline is from Kano State where the Governor empowered some youths with bread, milk, egg, vegetable oil, beverages etc to become Tea vendors. The headline read thus: Kano Government Empower 5200 Tea Vendors With Eggs, Milk And Other Beverages! Leaders with insight don’t empower people in a manner that is not sustainable. When government all over the world are empowering youths to solve problems in their communities by developing Apps and funding innovative ideas, our analogue leaders are churning up tea vendors and equipping youths with wheel barrows! We need leaders with depth and insight for a new Nigeria. Analogue leaders can’t see beyond ‘stomach infrastructure’. A digital leader plans for three generations ahead while an analogue leader plans only for the present.

DIGITAL LEADERS THINK GLOBALLY: I have often said that we can be local geographically but we must be global in expression. We must begin to streamline and synchronize our indigenous goals with global standards. The Education Rights Campaign (ERC) has described the 7.04 per cent allocation to education in the proposed 2018 budget as unacceptable, as it condemned it in strong terms, calling for upward review of budgetary allocation to education to meet the United Nations Education and Scientific Organisation, UNESCO’s recommendation of 26%. Imagine a neighbor African country (Ghana) allocating between 26-33% of their budget to education, a figure that both meets and surpass United Nation’s recommendation for Education while the so called Giant of Africa is still apportioning a paltry of 7% to education in the 21st century. Most of our leaders don’t even know the meaning of SDGs (Sustainable Development Goals)!

DIGITAL LEADERS BRAINSTORM; ANALOGUE LEADERS BLAMESTORM: Difficult times are meant to put a high demand on our creativity and not meant for apportioning blames or making excuses. Henry Ford once said, “Find remedy, don’t find fault”. People with analogue brain look for who to blame when there is a problem, but people with digital brain take responsibility and look for remedy. A leader that is always complaining, finding faults, or making excuses is a liability to a nation! Digital leaders know that excuses don’t get things done. When a leader has a keen eye for always finding faults, they rarely see opportunities. Benjamin Franklin once said, ‘’I never knew a man who was good at making excuses who was good at anything else.’’

DIGITAL LEADERS OUTSOURCE THEIR WEAKNESSES: Digital leaders outsource their weaknesses while an analogue brain hopes to do everything! Steve Jobs said, ‘’It doesn’t make sense to hire smart people and then tell them what to do; we hire smart people so they can tell us what to do.” We are living in a country where the Vice president and deputy governors don’t have well-defined roles and functions under the constitution. A nation where the President doubles as Minster of Petroleum Resources leaves more to think about!

DIGITAL LEADERS PUT HIGH PREMIUM ON HUMAN RESOURCES: A digital mind prioritize human resources. We are living in a nation where cows are first class citizens. Currently, terminologies like anti- grazing law, cattle colonies, herdsmen etc. have become popular in the polity. We live in a country where affordable housing for the citizens is a mirage, but we have a Federal Government which focuses on establishing colonies across the country for cows. Aren’t we a nation of inverted values?

DIGITAL LEADERS VALUE FEEDBACK: Feedback as someone once said is the breakfast of champions. Andy Stanley said, “Leaders who don’t listen will eventually be surrounded by people who have nothing to say.” Great leaders surround themselves, not only with people that say what they want to hear, but with people that say what they ought to hear. A leader that is beyond confrontation will self-destruct himself.

DIGITAL LEADERS INNOVATE AND FIND NEW WAYS OF DOING THINGS: Digital leaders believe strongly that refusing to change makes us qualify for a world that no longer exist. Without deviation from the norm, progress is not possible and old ways won’t open new doors! Thomas Edison once said, ‘’There is always a better way, find it’’. One of the greatest mark of digital leaders is their ability to always innovate and look out for new ways of doing things. They believe that we can’t use old ways of thinking to solve new problems. They invest aggressively in agile and disruptive technologies. Digital leaders focus on innovation and growth

DIGITAL LEADERS SEE OPPORTUNITIES, AN ANALOGUE MIND SEE ONLY PROBLEMS: Dani Johnson said, ‘’No matter what economy we are living in, there is ALWAYS opportunity.’’ Digital leaders see every problem as an opportunity in disguise. We need leaders that can transform challenges into opportunities and opportunities into wealth. When others see the Nigerian environment as unfavourable and uneconomical, a digital leader will surmount the hurdle to open economical doors where hitherto there were walls.

DIGITAL LEADERS ARE ACCESSIBLE BY THEIR ON-LINE VISIBILITY: A digital leader makes himself/herself visible in terms of contributions and accessibility on social media (Twitter, LinkedIn, Facebook, Instagram etc) and other on-line platforms. The digital era has transformed the way we view leadership as leaders’ thought on salient issues can easily be viewed on-line. A digital leader is never insulated from public bashings as the advent of social media has ensured that there is no hiding place.

LEVERAGING ON TECHNOLOGY: A digital leader knows how to leverage on technology to create competitive advantage, do things faster, analyze big data (big data/analytics) and save time. Technology-enabled innovation is a critical component of digital transformation.

We are living in a country where everybody is desirous of change but not wanting to take the requisite actions. When we are not part of the solution, it becomes obvious that we are part of the problem. Every youth must get their Permanent Voter’s Card (PVC) before the 2019 General elections. The following are the digital leaders from which we can make our choice: Fela Duroyoye(47 years), Ahmed Buhari(38 years), Kingsley Moghalu(55 years), Omoyele Sowore(47 years), Adamu Garba(36 years), Yul Edochie(36 years), Donald Duke(56 years) and Nwankwo Kanu(41 years).

I am using this platform to encourage more youths to rise up and run for political offices in 2019.

Come 2019, we have two categories of people in Nigeria: The spectators and the gladiators. To have a voice that matters as a Nigerian, you need a Permanent Voter’s Card (PVC) to vote for your preferred candidates. Don’t join the group of Nigerians that believe their votes won’t count. They are the main problem of Nigeria! Zig Ziglar said, “The greatest of all mistakes is to do nothing because you think you can only do a little”. Your vote counts! Never decide to do nothing just because you can only do little. Scrutinize the array of political aspirants and make sure you vote the digital leader of your choice.

Continue Reading
You may also like...
Related Topics:cry, nigeria, vote

Killer Fulani Herdsmen: What Is Their Agenda & Who Are Their Sponsors?
FG Keeps Mum As Nigeria Overtakes India As The Country With Highest Number Of Poor People In The World