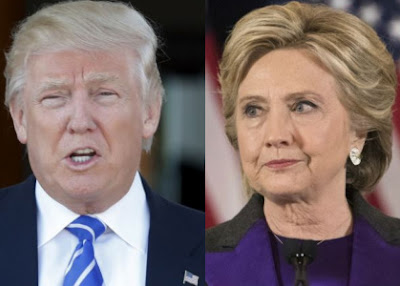 Trump, in a series of tweets on the recount, condemned Clinton’s support to the votes recount efforts by Green Party nominee Jill Stein for Wisconsin, Michigan and Pennsylvania.

NAN reports that Stein has raised over six million dollars crowd-funding in hopes of securing a recount in the three key states won by Trump in the Nov. 8 presidential poll.

“The Democrats, when they incorrectly thought they were going to win, asked that the election night tabulation be accepted. Not so anymore!

“Hillary Clinton conceded the election when she called me just prior to the victory speech and after the results were in,” he said.

Trump recalled Clinton’s reaction when he hinted at the third and last presidential debate that he would keep Americans guessing over whether he would accept the election outcome.

“That is horrifying. That is not the way our democracy works; been around for 240 years. We’ve had free and fair elections.

“We’ve accepted the outcomes when we may not have liked them, and that is what must be expected of anyone standing on during a general election.

“I, for one, am appalled that somebody that is the nominee of one of our two major parties would take that kind of position,” he quoted Clinton as saying.

Trump said Clinton also, at a campaign rally, slammed him, saying: “He said something truly horrifying … he refused to say that he would respect the results of this election.

“That is a direct threat to our democracy”.

The president-elect further quoted Clinton’s concession speech where she urged her supporters to accept the result of the election.

“We have to accept the results and look to the future, Donald Trump is going to be our President.

“We owe him an open mind and the chance to lead,” he quoted Clinton as saying.

Trump said in the votes recount efforts in the three states, money and time would be wasted.

“So much time and money will be spent – same result! Sad”.

Trump, who trails Clinton with about two million popular votes, claimed that he won the popular votes, alleging that millions of people voted illegally.

“In addition to winning the Electoral College in a landslide, I won the popular vote if you deduct the millions of people who voted illegally

“It would have been much easier for me to win the so-called popular vote than the Electoral College in that I would only campaign in three or four states instead of the 15 states that I visited.

“I would have won even more easily and convincingly (but smaller states are forgotten)!”

He also alleged voter fraud in favour of Clinton in other states, which were not reported.

“Serious voter fraud in Virginia, New Hampshire and California – so why isn’t the media reporting on this? Serious bias – big problem!”