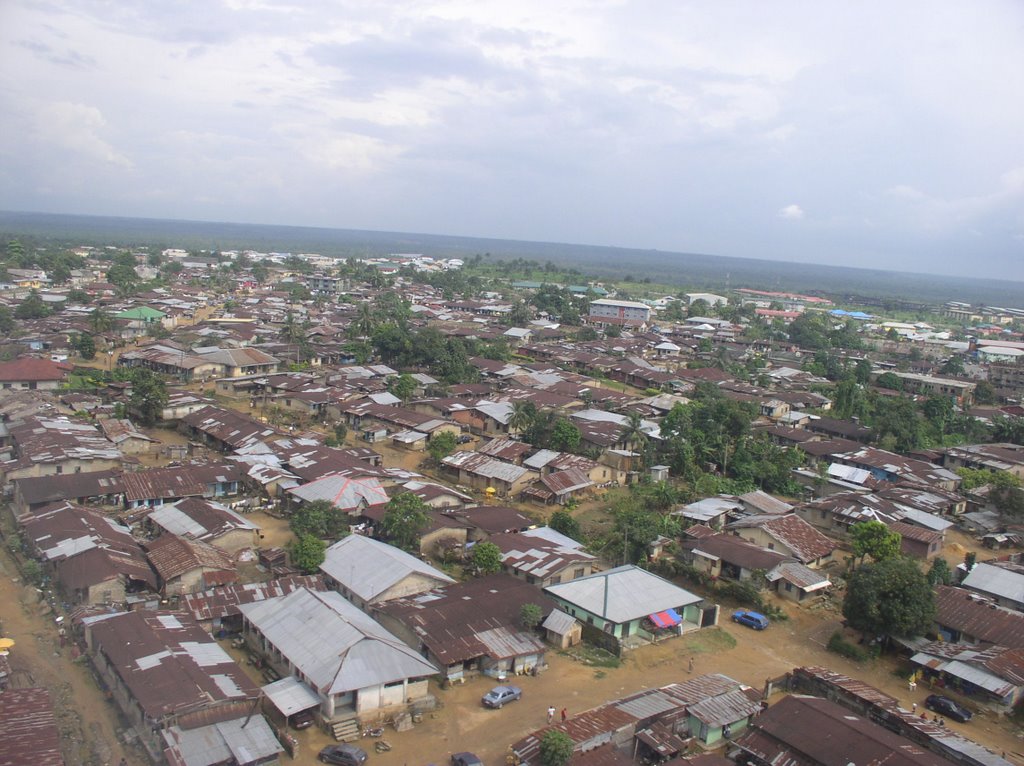 A source told Saturday Sun that the suspect, Mr. Eze who hails from Edem Ani in Nsuk­ka Local Government Area and the deceased, Mr Omeje from Umuafia Orba in Udenu council, had been the best of friends for close to three years before the ugly incident.

According to the source, trouble started, when the de­ceased was said to have decid­ed to build his own shop few metres away from his friend’s workshop.

The suspect was said to have warned him several times that he had become arrogant because he had made money to build his own shop and buy a new motorbike.

However, on that Thursday morning, Mr. Omeje took his motorbike to the suspect’s shop to change its back tube, and was charged N300. He paid N200 and promised to pay the balance of N100 in the evening.

It was gathered that when the suspect left for Nsukka to buy some materials, Omeje went to his workshop and col­lected the repaired motorbike.

The source further said that, when the suspect returned and couldn’t see the motorbike, he sent his apprecntice to the de­ceased’s shop to bring back the motorbike or collect the bal­ance of the money.

The apprentice went and de­livered his master’s message. However, Omeje told him that he had resolved to pay his mas­ter in the evening. This didn’t go down well with the boy, as he decided to roll back the mo­torbike to their workshop.

The deceased then followed him, and when they got to his workshop, he was said to have asked Eze the reason he asked his boy to collect the motor­bike.

It was then a quarrel ensued and the suspect allegedly hit him on the head with a rod and he fell and became uncon­scious.

According to the source, when the suspect discovered that the deceased had lost much blood, he locked his door and fled. Omeje was im­mediately rushed to Nwaossai Foundation Hospital, Orba, where he died yesterday.

However, some youths in the community who were in­furiated by the circumstance surrounding the death of Mr Omeje launched a manhunt for the suspect, and was appre­hended when he came to col­lect his two children at Central Primary School, Orba.

The youths descended and beat him to coma, and wanted to set him ablaze, but for the timely arrival of policemen from Orba Police Post.

Saturday Sun investigation revealed that Omeje until his gruesome death was the only surviving male child of his family as his elder brothers had also died tragically some years ago.

The officer in charge of the post confirmed the inci­dent, and explained that they rescued the suspect from the youths, who were hellbent on burning him alive. He however stated that the case has been transferred to the Divisional Police Headquar­ters Obollo-Afor for further investigation.

The body of the deceased has been deposited at Bishop Shanahan Hospital, Nsukka.