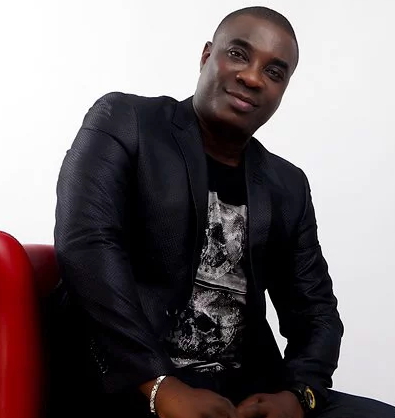 The Ogun state Police command has confirmed that the popular Fuji musician, Alhaji Wasiu Ayinde Anifowose, popularly known as KWAM 1 has been invited for questioning over the shooting incident that happened Sunday in Ago Iwoye, east of the state.

A female student of Business Education department from Olabisi Onabanjo University, OOU, Ago Iwoye, Kofoworola Azeez was shot by one of the aides of the musician during his musical show in the town.
The incident occurred at the popular Limelite Hotel in Ago Iwoye, owned by a socialite, Sesan Rufai.

The incident led to commotion,which resulted in the abrupt ending of the show.
The State Police spokesman,Deputy Superintendent of Police, DSP Olumuyiwa Adejobi said that the Command has been fully briefed about the incident.

He said it was the police that took the shot lady to the hospital.
Adejobi further said that the State Commissioner of Police, CP Abdulmajid Ali has directed that the popular musician, King Wasiu Ayinde Anifowose be invited for interrogation on the matter.

“We got the report of the incident and we have taken the victim to the hospital. The bullet has been removed from the victim’s body.
“Before the policemen got to the scene,the musician and his team had left the place. The Commissioner of Police has instructed that KWAM1 should be invited and he has been invited to tell the Police how it all happened and who among his band members pulled the trigger.

“We are expecting him to come and give us the account of everything that happened so as to assist us in our investigation. He is expected to come with his band boy that fired the gun,” Adejobi said.

A witness told our correspondent that the lady was hit by a bullet,allegedly shot around 1:00 am by one of the ‘boys’ of the King Wasiu Ayinde Marshal.

The source further informed that the lady was inside an unregistered Honda Accord car that belonged to an officer of the Nigeria Security and Civil Defence, NSCDC, identified as Hassan Afeez, which was parked around the party venue.

The party was organised to mark the Ago-Iwoye Day celebration,earlier scheduled for Saturday but which was shifted till Sunday because of the Convocation ceremony held at the University in the town.

The lady has been taken to the General Hospital, Ijebu-Ode and she is currently responding to treatment.
The bullet was said to have entered through the side of the rear door of the car and hit the victim at her right lower buttock side.