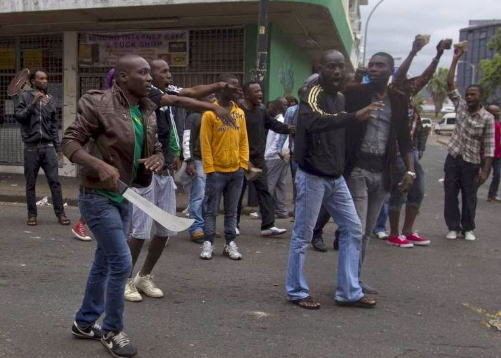 South Africa’s murder rate increased by 4.9 percent in the last year, official statistics showed Friday, with the police minister admitting the country was struggling with “a prevalent culture of violence”.

“What it says about us South Africans is that we are violent, we have a prevalent culture of violence,” he told journalists.

“It’s not about what the government can do, it’s about what we can (all) do. It’s a huge societal issue that we have to deal with.”

Officials said most murders occurred indoors, in urban areas and involved people known to each other.

The high crime rate is seen as hampering the country’s social cohesion, economic growth and international reputation — especially as a tourist destination.

Continue Reading
You may also like...
Related Topics:south africans, violent