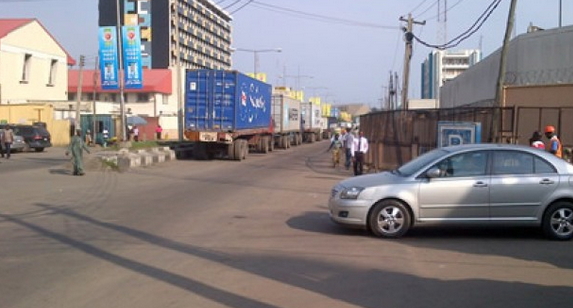 Apapa is a place where for­eign imported goods are cleared from. Also for those who do their business in Apapa or visit the place and leave before 5:00pm, the descrip­tion remains a place where imported goods are cleared from. But, a visit to some areas in Apapa at night, especially from 8:00pm, will automatically change that notion. Such a visitor would come to terms with the fact that women of easy virtue have invaded Apapa and indeed turned it to ‘Sodom and Gomorrah.’

When Saturday Sun reporters visited such places as Domino’s Pizza on Wharf road and the surrounding streets as well as Bakery Cres­cent, a lot of activities had started as early as 7:00pm. A journey inside most of the adjoining streets, off Wharf roads, would bring one face to face with a handful of brothels with women of all shapes and sizes displaying their arsenals to willing customers.

While some are so ma­tured that they would rather employ non-verbal cues such as eye movements, tongue twisting, wriggling of various Ghana-made buttocks, dis­play of extra-large boobs as well as twisting of thighs to leave one in wild imagination of what could lie between such thighs; others go for what they want directly without beating about the bush. They would beckon at the men, whom they suspect were there to patronize them. Such rabid invitation was equally extended copiously to our male reporter, who was merely rambling on the street to observe them in their natural habitat.

Besides, there were groups of men at dif­ferent points engaged in one activity or the other, and probably, waiting for darkness to completely envelope the day before they would join the fray. Some were gambling with ‘Ludo’ while others were gambling with ‘Whort.’ And then, another group of roughnecks were smok­ing all kinds of weeds such as marijuana and Indian hemp. They smoked off the weed and at the same time drank local made gin (Ogogoro). Few others held on to bottles of beer, which they sipped as they smoked the weeds.

On hand to service both the ladies and their customers were drug sellers, who displayed their wares on wheel barrows. Most of the peo­ple in this drug business are from certain part of Nigeria. They have various aphrodisiacs, which both men and women consume before embark­ing on sex escapades. Such strong aphrodisiacs as Viagra are carelessly seen on display. They combine the sale of the drugs with the sale of condoms of assorted kinds.

In fact, a fast observer could rightly con­clude that sex trade was thriving in the environ­ment, considering the array of drugs on display without let or hindrance, even without a fore­knowledge of what goes on in the environment. 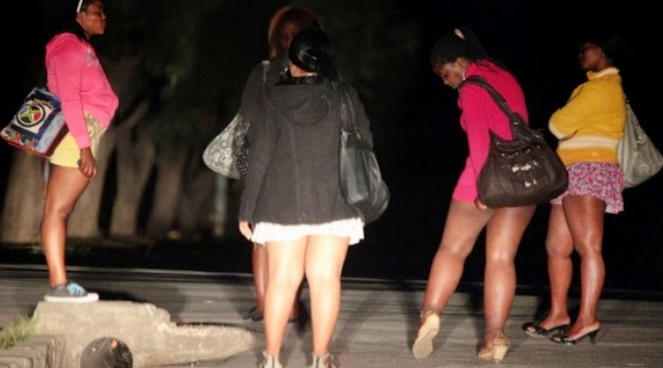 Such is what happens on Wharf road and its surroundings. And, as an offshoot, there would always be petty robbers and pick-pockets in such environment.

For instance, there was this incident involving one lady called Ada and her customer, also called Seun. It was Ada’s loud cry that abruptly woke us up from sleep. At first, we thought that armed robbers had in­vaded the building. We were fidgeting and pant­ing so much that we almost wetted our panties.

“Our hearts were still palpitating when we heard a screaming voice of a female saying, ‘Pay me my money. I say, pay me my money. You fuck me and now you no wan pay. Shebi, you wan kill me; Oya kill me now.”

“But, Seun did not fret over the display of such madness as he seemed to have been used to it. In a voice filled with anger, he shouted at the lady saying, ‘I go just kill you here and nothing go happen. I go beat you again. Oya, leave my shorts.”

“According to the lady, the man went sever­al rounds with her, including asking for a blow­job and doggie style, which she gladly offered. But, when it was time to pay, the man refused to honour the gentleman’s agreement. She was naturally furious and she refused to leave without collecting her money. So, she started making noise and in order to shut her up, Kayode attempted to throw her down from the second floor where he lives. This was after he had beaten her silly. But, she was saved by the high pitch of her voice as people rushed to her rescue. The lady said the deal was sealed at N2, 000, but the man refused to pay”

Saturday Sun investigation revealed that the two instances illustrated above are just a tip of the iceberg. However, the lady’s encounter with Kayode is just one out of many instances, where the girls are thrown into the water or killed and dumped by the road side without any trace of the perpetrators.

It was gathered that most expatriate white men, who pick these ladies for sex don’t even pay them after marathon sex romps. They have been accused of always trying to play smart on the girls.

“And because the ladies are most often taken to ships, where some of these white men live, they are sometimes thrown into the sea. The ladies are drowned just to avoid paying them agreed money,” an enraged resident said.

[Reported By BY SUNDAY ANI AND VERA WISDOM-BASSEY Saturday Sun]

Chinedu Ikedieze Aki: I Was A Street Boy, I Grew Up With My Grandmother In Abia State
Nollywood Actress Adunni Ade: Why I Left My Children’s Father, Michael Boyd