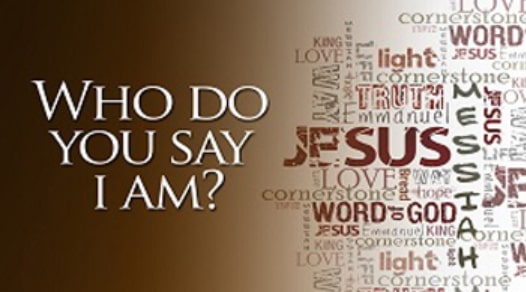 What Did Jesus Think Of Himself?

A few days ago, I watched a documentary by William Lane Craig of Reasonable Faith dot org and the short video got me really thinking. Now, no one would deny that the whole world is currently facing an unprecedented challenge in the face of the Covid 19 pandemic.

Nations are on lock down and churches, including and especially in Rome, Italy, the seat of the great Roman Catholic Church, are closing parishes. And there are those who have derided the Church “for being powerless in the face of a “common” virus” just as there are Christians who have tried to make sense of it all.

As someone born and baptized into the Catholic faith who today considers himself a liberal Catholic tending towards agnosticism, I have seen people, Christians especially, in the last few weeks, ask God, ask Jesus, to shield and save us, especially in these trying times. Inasmuch as I believe that, as always, man needs a Saviour, what did Jesus really think of himself? Are Christians right in calling on Him for help in the time of great “tribulation”?.

Now, with the rise of textual criticism and the modern study of history, historians and scholars have developed tools to unlock the first question in the second to the last line in the preceding paragraph. Today, we know that Jesus of Nazareth is no longer just a figure in a stained glass window in a random church but a real person of history whose life can be investigated historically.

Looking at the New Testament, not necessarily as some inspired scriptures or some spiritual text now, but as an ordinary collection of ancient documents, scholars who have applied to them the same standard text they would use with regards to any other ancient sources, have come up with some findings, three of which I would share here, about Jesus Christ.

First, Jesus claimed to be the messiah. The Jews of Jesus’ day were waiting for a promised messiah, a descendant of king David, a warrior king who would bring military victory and spiritual renewal to ancient Israel, and these same Jews were familiar with the Prophet Zechariah’s words:

Behold, your king is coming to you; righteous and having salvation is he,humble and mounted on a donkey”

Jesus’ triumphal entry into Jerusalem on the back of a donkey in the final week of his life is attested to in many other independent sources, which is one of the most important criteria for the historicity of any ancient recorded event. In doing this, Jesus was deliberately and provocatively claiming that he was the Messiah and the King of Israel. Also, the plaque nailed on his cross (King of the Jews) stated the charge against him in mockery of his Messianic claims. The fact that later Christians did not use this derisive title for Jesus underscores its authenticity and the genuineness of the story.

We must note that for First Century Jews the word messiah was packed full with all kinds of meanings, from Victorious King, to Mighty God, Wonderful Counselor, Anointed One, Everlasting Father, Bringer of Salvation, Prince of Peace and so on, and by assuming this title Jesus was claiming all of these for himself.

Jesus also claimed to be the Son of God.  Jesus consciousness of being God’s son in a unique sense comes to expression in his Parable of the Vineyard. Experts say this parable matches Jesus teaching style and employs Jewish motifs typical of his day. For example, in the parable, we see the land of Israel as a vineyard, God as a father, the religious leaders of that time as a tenants, God’s prophets as servants sent to the tenants and Jesus himself as the son of God.

Once there was a man who planted a vineyard the parable says, before leaving the country, he leaves it to tenants. At harvest time he sent a servant to collect his share of the fruits of the vineyard, but the tenants beat him and sent him away empty handed. So the owner sent more servants, these too were beaten or killed. Finally, he sent his one and only son saying; “surely, they will respect my son.” But those tenants said to one another, “this is the heir, let us kill him and the vineyard would become ours”.  So they killed the owner’s only son.

What is there in this parable about Jesus self-understanding for us to learn from? Experts agree that Jesus thought of himself as God’s only son, the Final Messenger who is very distinct from all the other prophets and even as the Heir of Israel itself.

Then Jesus claimed to be the Son of Man, his favorite designation of himself which was used some 80 times in the gospels. A term that has convinced countless new testament historians and scholars that Jesus in fact thought of himself as the Son of Man. And please take note that this was not just “A” son of man but THE son of man.  And in doing this, experts say Jesus was there directing our attention to a vision that was described by the prophet Daniel:

“I saw in the night visions and behold with the clouds of heaven there came one like the son of man and he came to the ancient of days and was presented before him. And to him was given dominion and glory and a kingdom that all peoples, nations, languages, should serve him” -Daniel 7:13-14

At Jesus’ trial also, the Jewish high priest accused Jesus saying “are you the messiah, the son of God?” Jesus’ answer left no room for doubt.

“I am and you will see the son of man seated at the right hand of power and coming with the clouds of heaven”- Mark 14:61-62

Don’t you think by applying all three of this titles of Messiah, Son of God and Son of Man to himself Jesus was claiming in no uncertain terms that he was the very God that his accusers worshiped, the same God that all men must and should worship? The God that we must call to in times of need? Is it any surprise then why Jewish religious leadership charged him with blasphemy and condemned him to death?

And that was not all. New Testament historians are all agreed that the historical Jesus also claimed and was reported to have divine powers and authority to perform miracles, cast out demons, even revise Old Testament laws and above all, forgive sins. He even went so far as to claim that everyone’s eternal destiny is determined solely by whether we believe him or not.

Coming face to face with these facts as put forth by scholars cut across different ages and cultures, and not necessarily from Christians or believers, can we honestly say Jesus was a mere Jewish teacher, a charismatic leader, a prophet or whatever? I doubt very much. I think Jesus was much more than all those. That is why, even though I not discount the works of world leaders and scientist around the world who are working around the clock to see an end to this challenge, even though I urge every Christian at this times to adhere strictly to government’s directives regarding the times we are in now, I also urge a stronger faith in Jesus, knowing who he really his, to help us through these times and protect us.

Because by putting himself in God’s place, Jesus was making a far greater claim about himself than anyone else has ever done before or after him.

So, the question Jesus asked his disciples then confronts each of us today, “WHO DO YOU SAY THAT I AM?” Whatever the answer mean to you, especially at these times, let it guide you.

Continue Reading
You may also like...
Related Topics:jesus heal coronavirus

Coronavirus: Safety Precautions With Use Of Hand Sanitizers
Naturals Herbs For Coronavirus Prevention