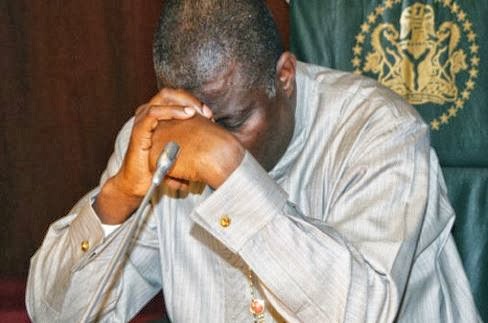 July 11, 2014 – Jonathan’s Presidency Is A Disappointment By Adebayo Ademuwagun

President Obama was speaking at an event last April to mark an anniversary in America. Then he told a story about former American President Lyndon Johnson.

Lyndon Johnson was President John Kennedy’s vice before the latter was assassinated in 1963. Then after he took over as president, he wanted to speak to Congress and persuade them to pass a major civil rights bill. However, his advisors warned him that it would be risky and tried to discourage him.

But he told them, “Well, what the hell is the presidency for?”

Nigerian president Goodluck Jonathan shares one similarity with Lyndon Johnson. Like Johnson, he was the vice president when the president died, and he was sworn in to take over.

Jonathan’s rise to the presidency evoked a lot of admiration and optimism among ordinary Nigerians because of the dramatic manner in which he became the president. He seemed to have risen to the top from nowhere, and he had an innocent personality. However, his performance has been so outrageously unremarkable since he took charge four years ago, and a lot of those Nigerians who felt admiration and optimism at the time are now utterly disappointed. Like Gary Younge’s question about Obama in a recent article, the question right now is, what the hell is Goodluck Jonathan’s presidency for?

To be fair, the truth is that Jonathan inherited most of the problems gripping the country today. Corruption was rife before he came on board. The standard of living was deplorable for most Nigerians. Infrastructure was deficient, and a lot of systems (e.g. education) were in a state of crap already. The problem is that he has done substantially little to deal with these problems and, in some cases, has even perpetuated them.

For instance, he officially pardoned a corrupt ex-governor and thereby put him out of jail despite strong disapproval from civil societies. A number of ministers in Jonathan’s cabinet have also been indicted for corruption. But despite the telling evidence against them, he either didn’t sack them or he didn’t make sure they were prosecuted. At one time the Central Bank governor also cried out that billions of petrodollars had been stolen by some people in government. But instead of ensuring that the governor’s claims were properly investigated, he alienated the man and effectively fired him. He even said in one interview that corruption is not the same as stealing. He has hardly done anything to fight corruption in this country where corruption is so prevalent.

Yet, if there’s anyone who should be doing more to make life better for the Nigerian people, it is Goodluck Jonathan. Why, because he is not one of the political elite who have been calling the shots in this country for decades. He was indigent as a boy and grew up under poor circumstances. He knows what it is like to walk many miles to school barefooted, carrying your books on your head. He experienced lack and deprivation.

And ordinarily, one would expect that a person with such humble history would be more public spirited and passionate about turning things around for the people of his country.

Disappointingly, Jonathan has demonstrated none of that. The question is: what the hell is his presidency for?