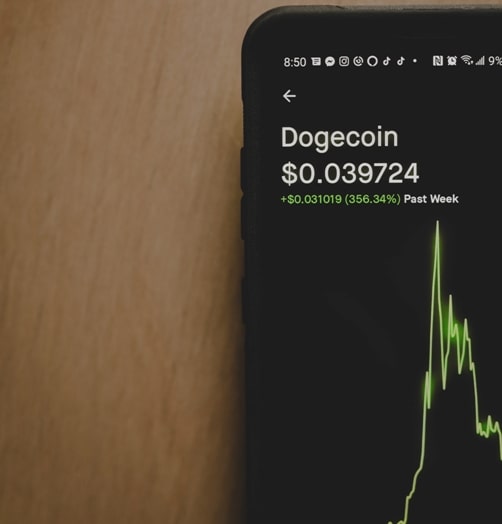 What To Know About Dogecoin

There has been no escaping the fact that cryptocurrencies are on the rise. So far, 2021 has been the year of Bitcoin, with this crypto reaching an all-time high: the value of a single Bitcoin reached the dizzying heights of $42,000. As cryptocurrency has become a widely accepted form of payment, and with big names investing in it, now seems to be the time that crypto has reached market maturity and is destined to be around for the long-term.

The major factor that used to lead to concern with any crypto was always stability, but the days of record highs followed by phenomenal crashes are in the past and placing a bet at Sportsbet.io on crypto continuing to rise in value would be a wise choice. So, where does Dogecoin fit into all of this?

The history of Dogecoin

Possibly not the most recognisable name in the world of crypto, Dogecoin has been around since 2013. Owing its existence to a joke made by its creator Jackson Palmer, Dogecoin has gone on to become one of the top cryptos in 2021. A joke that caught the attention of programmer Billy Marcus quickly saw Dogecoin transformed into a reality.

What set Dogecoin apart from the crowd was never its sophistication. In fact, there have been no technological updates since 2015. The growth of Dogecoin began when it garnered an almost cult-like following. This led to the crypto having one of the biggest and most active communities that exist in the world of cryptocurrencies.

Originally marketed as a fun, more approachable, alternative to Bitcoin, Dogecoin saw its value surge by 300% when China banned all cryptos. Like many other cryptocurrencies, the value of Dogecoin set north during 2017, only to plummet in 2018.

Whereas Bitcoin has broken the $40,000 barrier, Dogecoin is languishing with a value of just $0.03. So how do the two differ?

Bitcoin is seen as a deflationary crypto. In contrast, Dogecoin is inflationary. What this means is that, unlike Bitcoin, there is no maximum amount of coins that can be in circulation at any one time. With Bitcoin, once the maximum number of coins is hit, there is nothing left for miners to achieve. With Dogecoin, there will always be an incentive for miners to mine.

For a crypto with such a low value, when compared to the likes of Bitcoin, it is certainly not short of any attention. Holding the record for the crypto with the most tweets in a 24 hour period, it was December 2020 that saw references to Dogecoin tweeted over 100,000 times. This was the first time that any crypto had received more social media attention than Bitcoin. What led to such an interest? A single tweet:

Hardly earth-shattering, but when the man behind this tweet turns out to be one of the richest people on the planet, the subsequent attention becomes understandable. The motivation behind the words of Elon Musk may not be clear, but what is for certain is that he caused a 20% surge in the value of Dogecoin and place the crypto on the radar of investors around the world.

The future for Dogecoin

At the present time, Dogecoin is mainly used for tipping members of its own community for useful posts and raising funds for charitable causes. With Bitcoin being heavily invested in by the likes of Microsoft and being accepted as a form of payment at an ever-growing list of retailer, the 2 cryptos seem worlds apart.

The value of Dogecoin is on the up, thanks in no small part to the words of Musk, but does this mean that the currency is set to break records and become the goto crypto? Palmer himself airs on the side of caution: the words of Musk alone can not set the path for Dogecoin to exceed the value of Bitcoin and become the new force in cryptocurrencies.