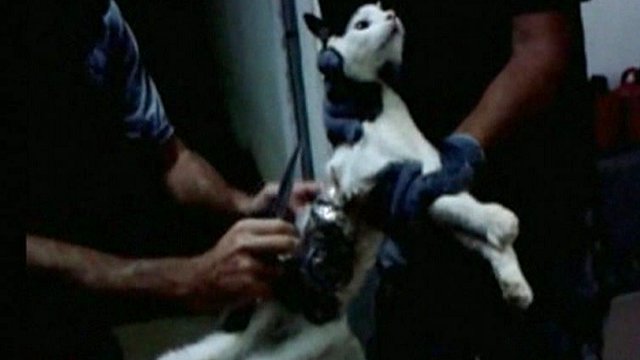 A cat has been detained in the grounds of a jail in Brazil with contraband goods for prisoners strapped to its body with tape. 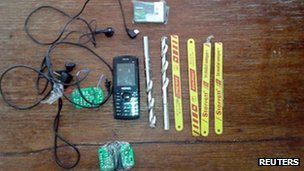 The white cat was apprehended crossing the main prison gate.

The incident took place at a jail in Arapiraca city, 250km (155 miles) south-west of Recife in Alagoas state. 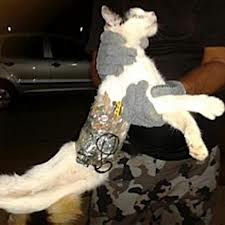 The confiscated items included drill bits, files, a mobile phone and charger, plus earphones The cat was taken to a local animal centre.

The jail holds some 263 prisoners.

A prison spokesperson was quoted by local paper Estado de S. Paulo as saying: “It’s tough to find out who’s responsible for the action as the cat doesn’t speak.”

Officials said the items could be used to effect a means of escape or for communicating with criminals on the outside.

The incident took place at New Year, but the photo has only recently been released.