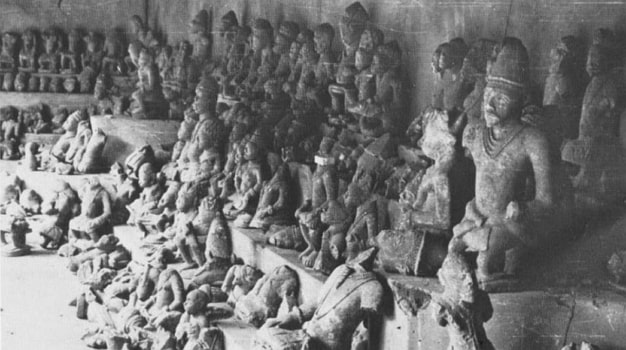 Esie soapstone image is one of Nigeria’s classical objects/artifacts well known among the mysteries of the artistic world. It is found in Esie town in Kwara State.

Over the years, lots of researches have been carried out without any conclusive result unveiling the mystery about the people of Esie and these artifacts.

In 1912, a German Ethnographer Leo Frobenius, noticed these stone images and he initially collected three carved stone heads from a neighbouring town of Offa.

The uniqueness of these carved stone arouses interest on Esie stone images. Also, because he was overwhelmed by the artistic quality of the Ife terracotta much curiosity was not given to Esie work.

Until 1933, when H. G. Ramshaw, School Inspector at Church Missionary Society of Nigeria also learned of them and informed others about them.

In 1937, John Penberton, in his findings discovered that there are several thousands of these soapstone images and fragments of different shapes which must have been lying down for centuries in a group in Igbomina land, a Yoruba town of Esie. Reflecting the work of a number of carvers, they share distinctive stylistic affinity with curve that actually distinguishes or differentiates them from other classical art work in Nigeria – Nok, Ife, Benin, Igboukwu etc. He discovered that many were damaged in a manner that suggested an act of deliberate destruction. He also observed that there was no evidence to prove/show that the indigenes of Esie had anything to do with their creation or destruction. 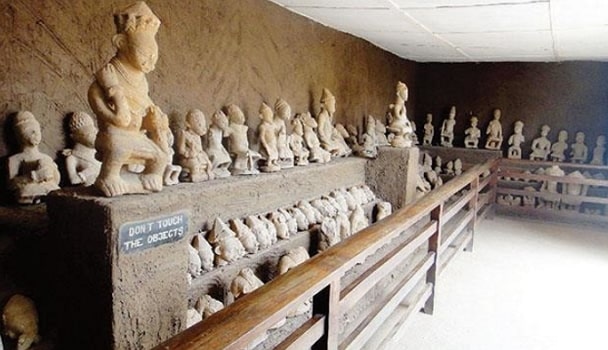 By 1965, a more detailed study towards the preservation of these objects began.

Phillips Sterena Jnr., then a young Peace Corps Volunteer affiliated with Nigeria Department of Antiquities, completed the photography and cataloging of Esie stone images between 1973 and 1974.

According to Oral history (Itan) of Esie, there are varying-accounts on the origin of these stone images. A school of thought says that there were strangers who came in search of a place to settle believing that they had been offended by the Elesie, (the king of Esie) who placed a curse on them. Other histories state that the strangers harassed the people and God (Olorun) offended by their action, turned them to stones.

One point of agreement in these accounts is that the town existed before the image appeared. Archaeological evidence also confirmed that Esie was occupied as early as the last three centuries of the first millennium AD. But, it is not certain whether these occupants were the forefathers of the people by present Esie indigene, this is because some of the residents of Esie claim that their ancestors descended from Oyo sometime in the 15th century and met the carved stones when they arrived. The exact age of the Esie stone image is not easily determined, because the objects may have been deposited in their present location by those who sought to destroy them, and the location shows evidence of living being.

On the basis of various Esie oral traditions, Steven concluded that the stone image of Esie were there before the Igbomina settlers under Baragbon migrated into the area in the late 18th century.There are many other arguments about the origin of Esie stone images, which till today are not yet conclusive.

In another note, the version most widely upheld is that the images were originally human beings from many tribes who had converged for some reasons and come together to Esie in search of a better place to settle.

Esie stone image is a typical representation of a socio-economic character of certain society or community. For example, heavily beaded costumes, scarification marks and their seated position are among the features.

Also, the high and the mighty, middle class and the lower people are all depicted in their attire and activities.

Esie stone image gives impressions that, the original owners of these objects were warriors. Most of these figures were carved holding cutlass and daggers, as well as having medicinal guards tied to the upper arm. Some carry quiver on their back and shield.

Almost all the figures are carved seated which indicates that they represent persons of authority in their society. Also, many of the male figures hold staff in one hand, while the other hand is placed on the knee or lifted to the chest.

More so, most female figures are raising a cutlass in their right hand with back resting against the shoulder and the left hand positioned on the knee.

Critically looking at Esie figure, most of the seated figures are in half mode with the cloth tied round their waist and placed with hands on their knees.

While the kneeling figures are usually naked, kneeling male figures have shaved heads and leave small circular patch toward the back, probably they are count slaves- (as was part of Yoruba Palace tradition).

Many of Esie stone images were carved in complete real human form, which most of them have human features, compare to other stone image with an (anthropomorphic) structures or forms.Esie stone image face and head are exquisitely modeled; the entire body is carved on a flat platform.

The mystery behind the origin of Esie soapstone has not been proved unlike other stone images in the other part of the world. For example, there is no conclusive research or scientific proof yet, about the existence of Esie figures or any quarry of soapstone that can equate the number of Esie soapstone image in all four geographical directions of Esie town.

Also, another uniqueness of the Esie image is that, similar method has been explored successfully in resolving other problems. Like the origin of clay used in the production of Pre-Hispanic Pottery founded in Western Mexico is being deduced by the same method. It is stalemate till today on Esie images.

Moreover, another method was employed to determine the sources of the Limestone used in construction of the great Pyramid at Gizeh (Egypt). But the sources of Esie soapstone image have not been ascertained. Secondly, anthropologists and chemists were able to ascertain precisely the origin of the materials used in the production of soapstone images are mystery and unique among other stone figures in the world.

Lastly, their hair styles, face marks and other features about Esie stone image have not been linked in affinity with other stone or soapstone image in any part of the world.

The people of Esie believe that the (Esie stone images) are regarded as the most sacred gods of Esie town. They also believe to be capable of giving children to barren women and supplying ram whenever the community is in need of it.

The festival period is known as Festival of the image. It takes place six days after the Egungun Festival (Masquerade Festival) held on March 29 and it lasted for three days.

The puzzle of the origins of the Esie stone images is that they were produced elsewhere, carried and deposited at their present location. But, the question still remains- who made them, where, why and when? Why were they brought to Esie and by whom and what happened to the people who brought them?

About the author: Busari is Chief Curator, National Museum, Lagos.

Lord Lugard And His Overlords Should Have Left Nigeria Alone
Jide Sanwo-Olu: The Incoming Tinubu Boy