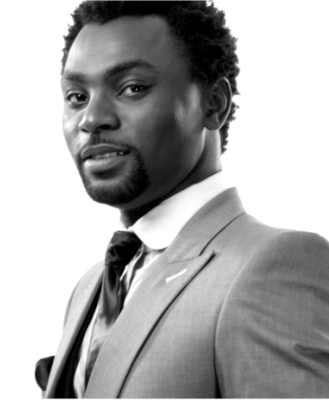 June 29, 2014 – Why Nigerian Celebrities Marriages End In Divorce By Etcetera

Why is it that with the fame, fortune and good looks, our celebrities’ marriages still don’t work? It has been a strange phenomenon that the union of people in the limelight hardly lasts, indeed. So the question is, why do most celebrity marriages crash frequently? Continue below

Fame is dangerous to relationships for many reasons. Most troubling is that it demands that a couple spend time away from each other. One indicator of happiness in a relationship is the amount of time spent with one’s partner.

Spending time together is necessary to sustain a relationship, yet celebrities tend to ignore this and only focus on how to become more famous. You need to keep up with each other’s lives, look into each other’s eyes, and be in the same physical space to feel the mood and emotions from each other.

Without that, you might love each other, but staying “in love” demands much more than occasional get-together.

The man who loves you may start losing feelings because of the demands of your job. Your spouse, for instance, wants you to be home, but you cannot be at home because you are either on location or at one event or another socialising as a celebrity.

Celebs are expected to be extroverts – attending parties, or going to bars or clubs. Your spouse may not like all that. These things take their toll and it gets to a point when one of the parties says that he or she has had enough, and then packs his or her bag and leaves.

Most celebs don’t really take time to understand each other or truly understand what marriage is about before venturing into it. Some even see it as just an added feather to their cap. They love to gather people together, go to church and stand before the altar to exchange vows in front of the congregation. There is actually more to marriage than the physical appearance.

The pressure to live up to certain standards and give a good impression also contributes to marital splits among celebs. Because of their status, they put too much unnecessary pressure on themselves and try too hard to live up to the standard of others.

Most tend to live a life that is not theirs. The pressure of wanting to create or give people the impression of having a sense of perfection will certainly make your marriage crumble. Put a stop to all the pretence and be real to yourself.

Infidelity is the most common cause of most celebrity marriage break-ups in Nigeria. Some spouses have left their marriages when they could no longer bear the indiscretions of their unfaithful partners.

Infidelity is not restricted to celebrities only. It is a major source of marital discord today. But what makes that of celebrities different is the temptation they face regularly. Because of living their lives constantly in the spotlight and fame, they are presented with more ‘opportunities’ to cheat than others.

When musicians, for instance, go for shows, girls throw themselves at them. Even a Reverend Father can get tempted with all the ‘offerings.’ If one partner is constantly unfaithful, it can cause discord in the marriage.

Jealousy is also a problem in celebrity union. If one, for instance, has more fame, more success than the other, it can cause problems if the other party does not have the strength of character to cope with his or her partner being constantly in the limelight.

It takes a very strong man or woman to endure his wife, for instance, being more famous, getting more attention than them. You attend a party, and your husband or wife observes you being embraced and kissed here and there, jealousy starts getting into the marriage. It doesn’t even matter if both of you are celebrities.

Put your ego aside. As celebs, you’re going to be constantly fighting for the limelight. But marriage is all about concessions, even if it takes one of you to have to ride in the backseat for awhile for things to work out.

Money is the root of most problems in marriages. When your wedding planning starts taking the shape of a corporate board meeting, you’re already in trouble. Play deaf to the rumours. Celebrities are always insecure about one thing or another, and it is the reason a lot of media rumours are going to tear your already shaky relationship to shreds. Stop selling your privacy in pictures, on Twitter, Instagram or Facebook.

Choose whether you want to remain single or get married. Marriage is hard when you are used to being in control all the time. But suddenly you can’t just wake up one morning and jet off to Abuja or London for a weekend with your friends or spend N100,000 on a pair of shoes without certain considerations.

When you’re used to being the centre of your world, it is not easy to take that step back and let someone else have a major stake in your life.

Like every electronic device, marriage comes with a manual which must be followed to the letter if you want it to be successful. Celebrity marriages will continue to crash as long as they are building them on themselves and not on God, who is the initiator of marriage.