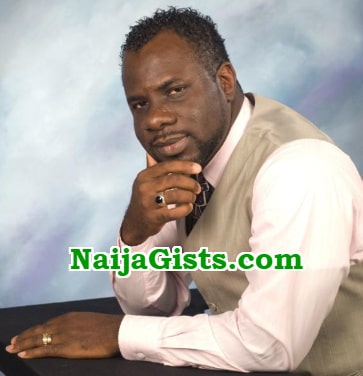 Why Nollywood May Never Make It To Hollywood

US-based Nigerian Best Davis is a pioneer of Nollywood USA. He has featured in over 50 movies including Master The Storm and Far From Home, where he acted alongside Ramsey Nuoah, Regina Askia Williams and Jim Iyke.

In this interview, the graduate of Accounting from the University of Phoenix opens up on why Nigerian films have not made it to the Oscars among other issues.

When and how did you start out in the movie industry?

I started out in 1997 and then I migrated to the US. Back then I had a friend in Lagos. I went to see him in his house and when I got there, a shooting was going on because his house was being used as one of the locations. Fortunately for me, I had done some acting in secondary school so when the director said he needed someone to play the role of a doctor I jumped at it. I was given the role probably because the cast for that role didn’t show up. That was how I got into the industry. That movie featured Francis Duru. I think it was entitled For The Love Of You.

There is this belief that Nollywood USA doesn’t give a damn about Nollywood Nigeria but leverages on the brand to make movies for the foreign market. How would you react to this?

That is an assumption. I was once the president of American Nollywood Film Industry (ANFI) in the US. Then, Ibinabo Fiberesima was president, Actors Guild of Nigeria (AGN). I tried to collaborate with her but the move was not successful. It is wrong to say that people here do not give a hoot about Nollywood. I would say the reverse is the case because I tried as much as I could with my team here in the US to reach out to AGN in Nigeria but it never yielded positive result. We respect those in Nigeria because we originated from there. So, we definitely give credit to whom credit is due, we respect those over there but that statement is false.

Currently, is there any collaboration between Nollywood USA and Nollywood Nigeria?

It’s no longer the way it used to be. Back then, producers here shot movies and got Nollywood actors in Nigeria into the projects. We still collaborate but it’s not as much as it used to be and that’s because we have a lot of seasoned actors and actresses here now.

Funding is a huge problem for filmmakers in Nigeria. It is believed that it is not the same with those of you in the USA. Is that right?

That’s totally wrong. I can categorically tell you that it’s easier to film in Nigeria than to film in the US. That’s because most people can take days off work and come to set. There you have a location house where people are camped until the production is done. In the US, you can’t do that unless you have a mega budget project. Also, here in the US, most people don’t actually get paid for appearing in the movies. They do it because they love the industry so they have to go to their nine-to-five job where they make their daily bread in order to pay their bills and this makes it a lot more difficult to film here. It’s also more expensive to film in the US because when you miss a production, that expense is carried into another production. Whereas in Nigeria, if you plan for two weeks, you focus for those weeks and try to get everyone onboard.

Filmmaking is gradually becoming an all comers affair. Is there a body or association in the US that regulates the industry like the AGN and other associations in Nigeria?

For now, we don’t have any regulatory body that deals with Nollywood. If it doesn’t meet the standard especially when it’s a Hollywood production, it doesn’t go on air. Nollywood USA is trying to put together some associations. I know that right now, we have aproducers’ association, the Nollywood Producers’ Guild here and they’re really working hard to put in place a quality control mechanism for the industry.

Nollywood is adjudged to be the second largest movie making platform globally. How can we successfully export Nollywood movies to Hollywood?

That is doable but the quality has to meet certain requirements. For example, if you to penetrate Netflix, there are some requirement that you have to adhere to. Same goes for Hollywood. For your film to play in US theatres, you have to have a real quality production. Why Nollywood movies haven’t really made it to US theatres is because of the kind of productions that we have. Most Americans do not understand what our expressions are. I did a film in 2006 and this guy was supposed to come from Nigeria, a newbie in the US. In the movie, it so happened that he was actually ‘forming’ American accent. That to me looks stupid! He was to portray a Nigerian immigrant who came to the US but he was trying to speak like an American. Automatically, that character was destroyed. In other to hit the Box Office, we have to curb such things.

Talking about Netflix, what is your take on Genevieve Nnaji’s Lionheart?

I must give it to her. She’s been in the game, paid her dues and put together a wonderful film! One thing I think made the movie was the sound; it was exquisite! We have bad sound in our movies. You’re watching a Nollywood movie and then the volume suddenly goes up and while you’re still getting used to that, it just goes flat! Genevieve did a good job with Lionheart.

Do you think Lionheart is capable of being nominated or even winning an Oscar Award?

At the Oscars, there’s an international category so there is a possibility that Lionheart will be one of the movies to look out for at the Oscars. I think it should make it to that category because Lionheart has really made a lot of waves.

Which actress do you admire most in the industry and why?

I have a thing for Liz Benson. She was one of my favourite actresses and I did admire her because she was all natural and knows just how to interpret her roles. Talking about the younger actresses, I’ll go for Genevieve Nnaji because she picks and chooses what she does; she is not in every freaking movie. You can’t see Genevieve in 20 movies in a year but you’d probably see her in one or two and those two are always really good movies. She reminds me of my icon, Denzel Washington. Denzel will not do freaking stupid movies. He rejected a hit project because of the way the script was written, that’s Genevieve for you.

Who are those that have inspired you or given you a push in the industry?

Back then when I was new in the industry, I had looked up to Richard Mofe Damijo (RMD). RMD is one of the icons to be reckoned with in the industry. And in Hollywood, it’s Denzel Washinton. I’m looking forward to acting alongside Denzel.

What do you think should change in the industry back home?

The main thing that should change is training. People should get training. Someone should not just wake up one morning and decide I want to be an actor. Study hard to act. When I started back in Nigeria, I wasn’t trained but when I came to the US, I realised that if you need to make an impact and be good, you have to be trained. So I went to the New York Film Academy and studied Acting for Television. So, for the industry to change for good, people need to be trained so that they become better.